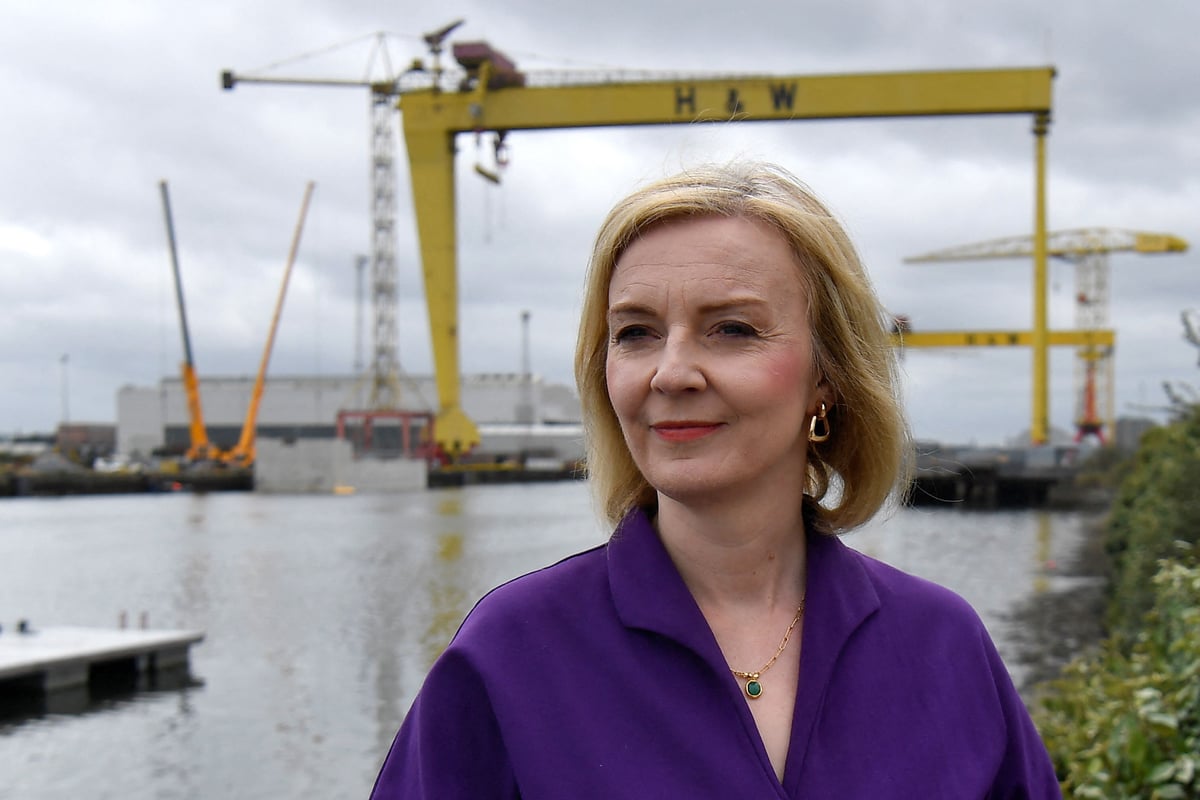 Liz Truss has insisted that people in Northern Ireland should not forgo the energy support that is being offered to consumers in other parts of the UK.

The energy market in Northern Ireland operates differently than in the UK, with specific rules and regulations.

The region is also without a devolved government due to the political row over the trade deals under the Northern Ireland Protocol’s Brexit Protocol.

This weekend the Government will introduce its Energy Price Guarantee to the rest of the UK, with a typical household paying an average of £2,500 a year for its energy for the next two years from October 1st.

The regulation limits the prices that suppliers can charge their customers for gas and electricity units.

It will come into effect from November, but the Government said it will ensure households as a whole receive the same benefits as in the UK by backdating support for October bills with November bills.

It has also said it will make an extra payment of £100 for households not receiving support from the price cap, e.g. B. those who use heating oil at home.

A previously announced £400 rebate on energy bills, rolling out in the UK from October, will also be paid to Northern Ireland customers.

However, there is uncertainty as to when this money will be disbursed in the region.

In an interview with BBC Northern Ireland on Thursday, Ms Truss was asked when consumers could expect to be paid for their ‘electricity top-up’.

Ms Truss did not specifically refer to the energy price cap or the £400 rebate, but said: “We will give the same support to Northern Ireland as the people of Britain.

“It will be backdated to October 1st so people get the same support.

“As far as I know, that will happen in November, but it’s backdated to October.

“I will have more details on this but what I can reassure people is that a scheme that applies in the UK will apply in Northern Ireland, it will be backdated to 1 October so people have peace of mind that this will be the case not going to be struggling with these very high energy bills.”

Earlier Thursday, DUP Business Secretary Gordon Lyons said he hoped the £400 could be paid in November.

He said good progress had been made in recent days to agree the program with local suppliers.

“The utilities are coming up with a legal agreement and mechanism to allow that money to be paid,” he said.

“I had previously said this money would be delivered in November/December and that will still be the case. We still hope it will be November.

“So we’re getting that money and using our influence to make sure it gets to those who need it as quickly as possible.”

Commenting on £100 being offered to households using oil-fired heaters, Mr Lyons said that was not enough, adding that he had spoken to officials and ministers about the issue.

“Over 65% of people in Northern Ireland have heating oil at home, I don’t want them left out and that’s why I’ve worked with the Government to tell them why it’s so important that that £100 be increased. It won’t be enough for those who are struggling this winter,” he said.

On the government’s mini-budget, Mr Lyons said last week he was disappointed it didn’t include a VAT cut for hospitality.

“That would have made a real difference to tourism in general and the hospitality industry in particular, and it’s disappointing that it hasn’t,” he said.

https://www.newschainonline.com/news/ni-consumers-will-not-lose-out-on-energy-support-offered-in-gb-liz-truss-295305 NI consumers won’t be without the power support offered in the UK – Liz Truss

American support for theories and uprisings is not new

Paul Simpson and James Rowberry miss out on victory

The Legacy of Orrin Hatch