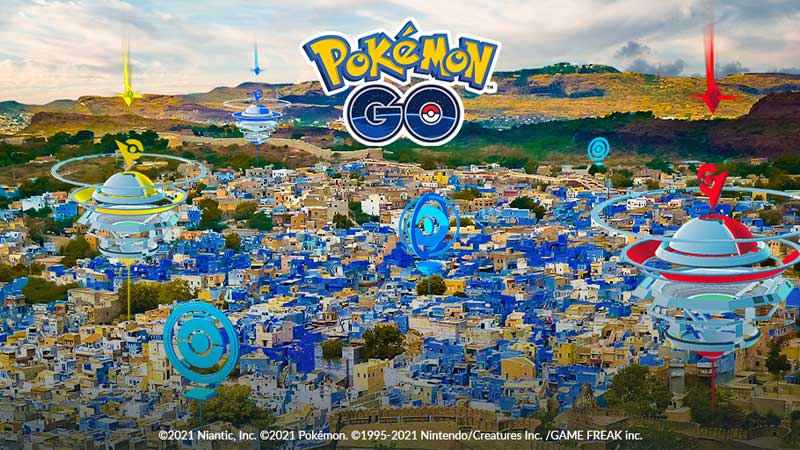 Niantic, the developer and publisher of Pokemon GO, has announced the rollout of 5,00,000 PokeStops and gyms across India on February 2, 2022. This initiative will expand access and experience Pokemon GO in new towns and cities up to 3x.

Along with the update, Trainers will also be able to access the new Powered-Up PokeStops feature. This feature is available on some PokeStops and Gyms and will allow Trainers to get better rewards in exchange for sending AR Scans on site.

Comments on the initiative, Omar Tellez, Vice President, Niantic, said, “We believe India has vast opportunities thanks to rapid growth in the mobile gaming sector, improved technology penetration, improved socioeconomic indicators and aspirational young population. We want to bring the best game experience to our Trainers in India, this is the main goal of introducing more PokeStops and gyms. We will continuously work to make sure Coaches in India will enjoy our game for a long time. Countries and regions like India are where we see the next 100 million players come from. “

Niantic has been reviewing its India strategy for the past 12 months. It recently wrapped up the first edition of the Festival of Lights, a global in-game event in Pokemon GO during Diwali week. At the same time, the game celebrated the Holi-inspired event earlier this year with a Festival of Colors. Niantic has also recruited local talent and is now solidifying its future growth strategy to capitalize on its global leadership in mobile gaming.

How many Bookshelves are needed for Level 30 Enhancement in Minecraft?

Where to find pure crystal in Monster Hunter Rise Sunbreak?

Blacktail is a game where nightmare meets fairytale (hands-on preview)