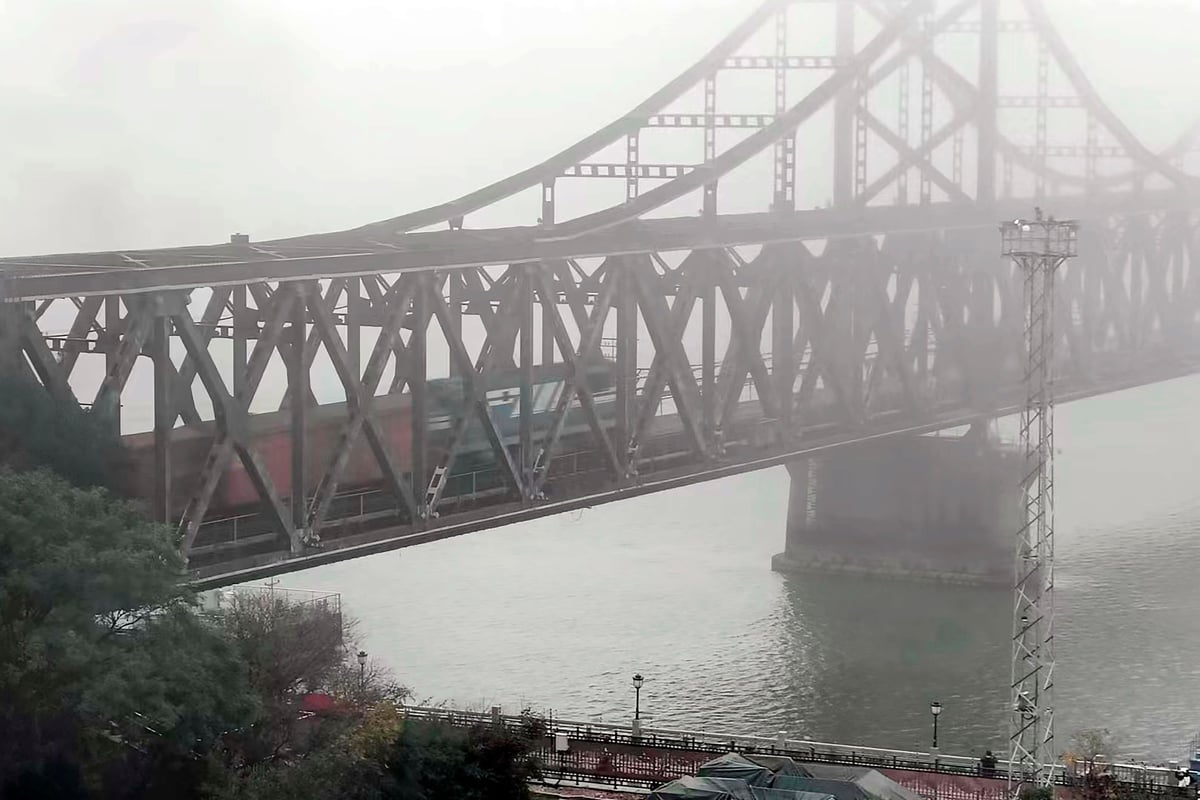 It comes as the North struggles to revive an economy battered by the pandemic, UN sanctions and other factors.

North Korean leader Kim Jong Un last month made a dubious claim to have overcome the Covid-19 pandemic and ordered a relaxation of restrictions to protect against the spread of the coronavirus.

South Korea’s Unification Ministry, which governs ties with North Korea, said it had finalized that freight train services between North Korea and China resumed on Monday.

Spokesman Cho Joonghoon said how long the train service will take and what goods will be carried remains to be seen.

Chinese Foreign Ministry spokesman Wang Wenbin later said at a regular briefing that China and North Korea had agreed to resume cross-border freight traffic between two of their border cities “according to border-related treaties and through friendly consultations.”

North Korea’s state media did not immediately confirm the reopening.

South Korea’s Yonhap News Agency said Monday it saw a freight train of more than 10 cars leaving the Chinese border city of Dandong and crossing a railway bridge into the North Korean city of Sinuiju.

Kim Jong Un is likely to want to import consumer goods, materials needed to build homes in Pyongyang and modernize factories in rural areas and other items related to his hope of improving public livelihoods, Lim Eul-chul said. Professor at the Department of Oriental Studies at Kyungnam University in Seoul.

Mr Lim said the Dandong-Sinuiju Railway has handled more than 70% of official trade between the two countries.

There are no reports that other cross-border rail or truck transport routes have been reopened.

“The two sides will further strengthen coordination to ensure stable and safe transportation of goods and make further contributions to friendly relations between China and (North Korea),” said Mr. Wang, the Chinese spokesman.

In April, China said it had halted Dandong-Sinuiju freight train service amid the spread of the Covid-19 in Dandong.

In early January, the two countries reopened rail links after a two-year hiatus, while North Korea closed all of its international borders as part of the world’s toughest restrictions to protect against the pandemic.

China, which shares a porous border with North Korea, is the North’s economic pipeline and last major diplomatic ally.

More than 90% of North Korea’s foreign trade was with China.

The collapse in trade volumes between them during the pandemic was believed to have further strained the north’s fragile economy, which has also been hit by the sanctions, natural disasters and Mr Kim’s own mismanagement.

Mr Kim’s claim of defeating the pandemic came just three months after his country first allowed an outbreak following a highly controversial claim of being coronavirus-free for more than two years.

Race, Harvard, and the Supreme Court