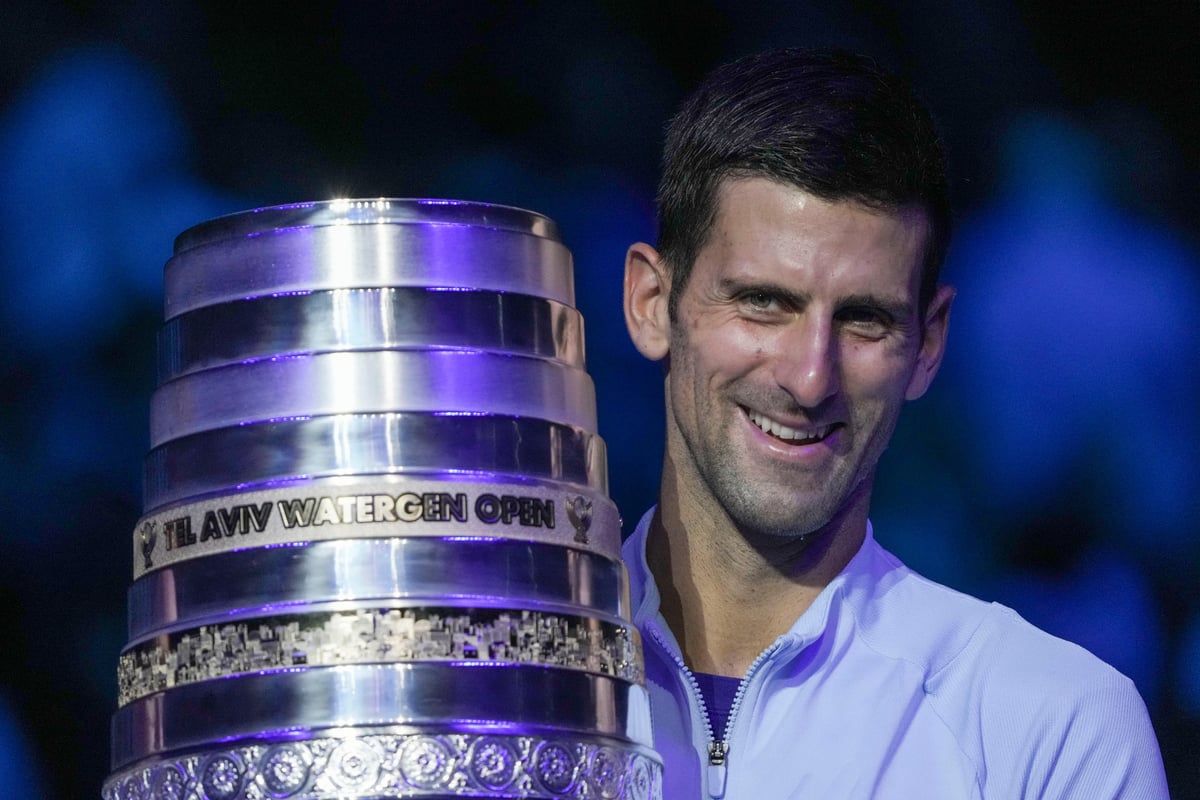 Novak Djokovic rode to his 89th Tour title as he defeated Marin Cilic in straight sets to win the Tel Aviv Watergen Open.

The 35-year-old, playing in his first singles tournament since winning Wimbledon in July, saw off Cilic 6-3, 6-4 to claim his third tour crown of the year.

Top seeded Djokovic went through the tournament without dropping a set, becoming the first man to win on hard, clay and grass this season.

He told the ATP Tour’s official website: “My approach is to win tournaments wherever I am and I’m happy to have a team of people around me who make sure I’m in the best Am in shape to be a contender for the title.

“That’s why I came to Israel to try to win the title. Play here for the first time [since a] Davis Cup tie more than 15 years ago so it was a really amazing experience.”

Djokovic was only briefly threatened as he served for the opener and produced back-to-back aces to deny Cilic an opportunity to hit back.

The world number seven also broke quickly in the second, pushing home the advantage to win the match in an hour and 35 minutes.

He added: “I think I played very good tennis. I [didn’t] Drop a set all week.

“I hadn’t played a tournament in three months so it was really an extra motivation for me to do really well, especially because people were so friendly and supportive all week. I also go into the next week very confidently.”

How to defeat Risen Chameleos in Monster Hunter Rise: Sunbreak

Imran Khan defiantly refuses to step down as Pakistan’s leader