Officials said around 7:30 p.m. Monday a man pumping gas at a Lukoil gas station was mugged near Route 611 and Bristol Road.

Surveillance video showed the youth approaching the victim from behind.

Another youngster came in from the other side, and seconds later, 21-year-old Zahir Johnson appeared to be swinging.

The victim escaped and the three suspects drove away in his vehicle.

Police are telling Action News the surveillance video is being used to investigate another incident in Bucks County.

After the alleged suspects got away with the vehicle, a police chase ensued, which authorities say ended up a few kilometers away.

The vehicle crashed into the front of a building in Chalfont.

Chopper 6 was over the scene when the three suspects were taken into custody.

“You never think it’s going to happen to you and your community. It could have been me,” said Lansdale’s Kourtney San Felice.

Johnson, of Philadelphia, has multiple charges against him, including aggravated assault, unauthorized use of a vehicle and receipt of stolen goods.

Warrington Police would like to remind everyone to remain vigilant and aware of their surroundings at all times.

World Cup humiliation and 10-0 win; What is England's record against the USA? 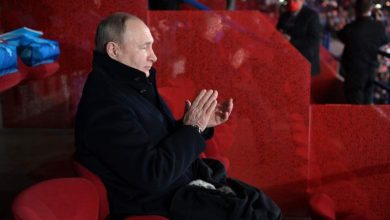 Billie Eilish is right about the harms of pornography