When he first faced Mr Sunak at the Prime Minister’s Questions, Sir Keir urged the new Prime Minister to “put his money where his mouth is” and scrap Non-Dom tax status.

It comes after a controversy earlier this year when it was revealed that Mr Sunak’s billionaire heiress-wife Akshata Murty is enjoying the tax break.

It meant she could legally avoid paying a huge UK tax bill – estimated at up to £4.4million last year – by paying £30,000 a year to register as an Indian resident.

After the dispute threatened to damage her husband’s political career, Ms Murty subsequently pledged to pay British taxes on all of her worldwide income.

She is the daughter of NR Narayana Murthy, the Indian billionaire and founder of IT giant Infosys. 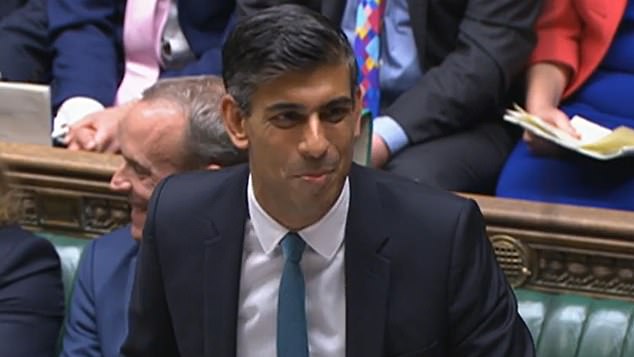 What is non-dom status?

Non-Dom tax status normally applies to people who were born abroad, spend a significant proportion of their time in the UK, but still consider another country their permanent address or ‘domicile’.

In Akshata Murty’s case, she should have claimed that Britain was not her permanent address.

The citizenship of a UK resident is irrelevant when it comes to Non-Dom status, as it is possible for a UK citizen or UK-born person to claim to be a Non-Dom.

According to Home Office guidance: “A person may change nationality without affecting their residency, or acquire a change of residency while retaining their original nationality.

Status is not granted automatically as an individual must apply for exemption in their tax status when completing their UK tax return.

According to the government, a person’s place of residence is usually the country where their father considered his permanent residence at the person’s birth.

In Ms Murty’s case, she was born in India, so she ticks the first box when she claims she is not resident in the UK.

Others can also inherit their residency from their parents, meaning they can still be born in the UK but have Non-Dom status.

When assessing an individual’s residency, the tax officer will take into account a number of factors including the country of permanent residence and the length of time an individual intends to remain in the UK.

In terms of taxation, the rules state that you will not pay tax in the UK on foreign income or gains if it is less than £2,000 per year and you do not bring it into the UK.

If you earn more than £2,000 from abroad or bring money into the UK, you will have to pay UK tax on it – although this can be reclaimed.

Or you pay an annual fee depending on how long you stay in the UK.

Therefore, if you are resident in the UK but are a citizen of another country, you will still have to pay a fee.

For high net worth individuals, many opt for the annual fee, as income from foreign businesses and investments is likely to result in a far higher tax burden.

During the PMQs, Sir Keir reignited the dispute over Ms Murty’s tax status when he urged “those with the broadest shoulders” to “step forward” as the government tries to balance the nation’s finances following the recent market turmoil.

“I don’t have to explain to the Prime Minister how non-dom status works, he already knows all about it. It costs the Treasury £3.2 billion every year.

‘Why doesn’t he put his money where his mouth is and get rid of it?’

In response, Mr Sunak conceded that the government would have to make “difficult decisions to restore economic stability and confidence” in the coming weeks.

But he vowed to do so in a “fair and compassionate manner.”

“As we have done during Covid, we will always protect the most vulnerable, we will do so in a fair way,” said the Prime Minister.

“This government will restore economic stability and we will do so in a fair and compassionate manner.”

Elsewhere during the PMQs, Mr Sunak also attacked Sir Keir for his support for Jeremy Corbyn – his left-wing predecessor as Labor leader.

After the Labor leader repeated his call for a general election following Mr Sunak’s entry into No 10, the Prime Minister said: “He talks about mandates, about votes, about elections, it’s a bit rich coming from the person , which attempted to overturn the largest democratic vote in our country’s history.

“Our mandate is based on the manifesto on which we were elected – to remind him, an election we won and lost.”

Sir Keir had mocked Mr Sunak for his loss to Liz Truss in the Tory leadership contest this summer before the chaotic collapse of her premiership gave him a second opportunity to become Prime Minister.

The Labor leader claimed Mr Sunak was “not on the side of working people”, adding: “That’s why the only time he ran in a competitive election he was crushed by the former PM, who hit herself with a salad became.

“Why doesn’t he test it, let working people have their say and call general elections?”

Sir Keir had also attempted to attack Mr Sunak after the new Prime Minister was inducted before an audience in Tunbridge Wells, Kent, this summer. He wanted to ensure that ‘areas like this’ get the funding they deserve, rather than money going entirely ‘to deprived urban areas’.

The Labor leader said: “He pretends to be on the side of working people, but in private he says something very different.

“Over the summer he was secretly recorded at a garden party in Tunbridge Wells, where he boasted to a group of Tory members that he had personally moved money from deprived areas to more affluent places.

“Instead of apologizing or pretending that he meant something else, why isn’t he doing the right thing now and reversing the changes he made to those funding formulas?”

“But if he does, he will know that there are disadvantaged areas in our rural communities, in our coastal communities and throughout the South.

“This government will support them relentlessly because we are a government that will deliver across the UK.”

Ms. Murty owns 0.93 percent of Infosys in her own name, while Mr. Sunak and his wife also have their own investment firm called Catamaran Ventures.

As well as the couple’s common interests, Mr. Sunak is said to have amassed a small fortune through his previous career as a banker.

Ms Murty’s involvement in Infosys became widely known in early April when she was forced to admit she had Non-Dom tax status in the UK.

It has been estimated that this saved her from having to pay millions of pounds to HMRC each year, even while her husband was in charge of Treasury.

The row threatened to derail Mr Sunak’s political career as his popularity plummeted in the weeks following the tax row.

Another scrutiny of his financial arrangements came when it was revealed that he had held a US Green Card for more than 18 months after becoming Chancellor.

To end the dispute over her tax status – and save her husband’s political fortune – Ms Murty later agreed to pay British taxes on her global wealth.

In addition to his and his wife’s investment firm and their large stake in Infosys, Mr. Sunak also has a blind trust that manages his financial interests.

He built this up in 2019 before becoming Chief Secretary to the Treasury.

In a standard blind trust arrangement, individuals can continue to earn income from their investments but cannot make decisions about how the money is invested.

https://www.soundhealthandlastingwealth.com/uncategorized/rishi-sunak-swipes-back-at-sir-keir-starmer-over-call-for-him-to-abolish-non-dom-tax-status/ Rishi Sunak lashes out at Sir Keir Starmer when he urges him to abolish Non-Dom tax status

Blake Shelton wants to 'pass' after technical difficulties on 'Voice'

Why did Craig Mulligan kill his brother Logan Mwangi? Learn his murder verdict