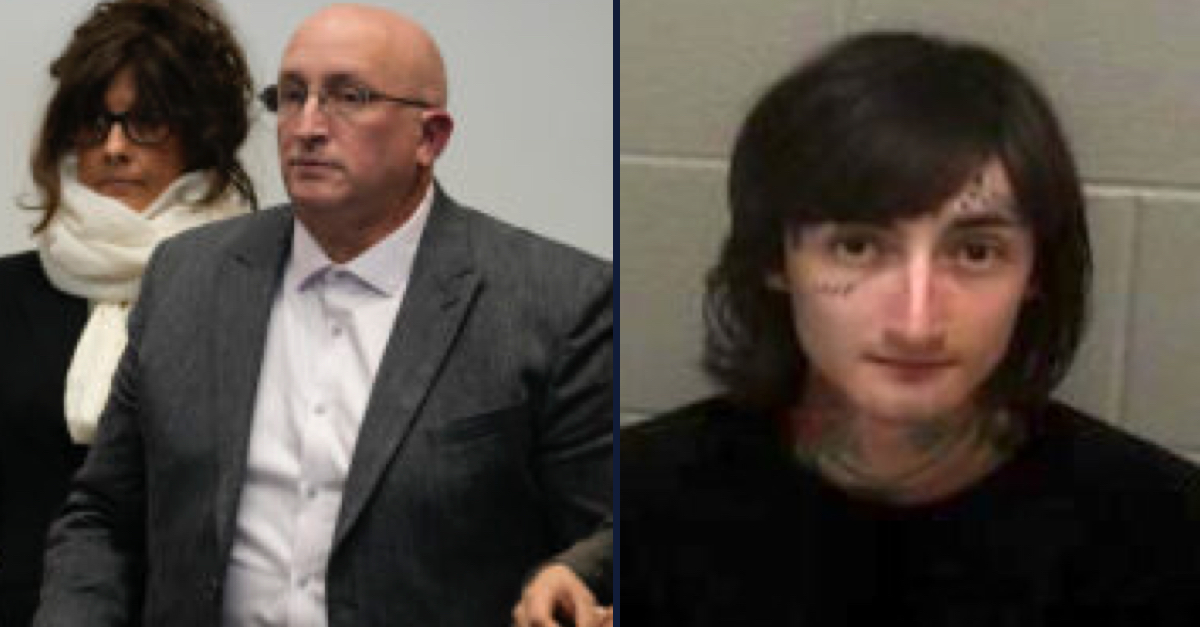 The father of the man accused of gunning down parade-goers in a Chicago suburb on July 4 has been criminally charged with helping his son obtain a license to legally own a firearm.

allegations against Robert Crimo Jr.58, were filed Thursday, according to an announcement by the Lake County Attorney’s Office Eric Rinehart. Crimo is the father of Robert Krimo III21, who is charged with murder in the alleged killing of seven people at the Highland Park Independence Day parade in July.

Crimo Jr., a failed candidate for Highland Park mayor in 2019, was arrested by the Highland Park Police Department on Friday, Rinehart’s office said in the announcement. He faces seven counts of reckless behavior for allegedly helping his son obtain a Firearm Owners Identification (FOID) card, a requirement for legal firearm ownership in Illinois.

The younger Crimo reportedly opened fire on the parade before fleeing the scene and hiding in drag to blend in with the crowd. He currently faces 117 charges, including murder, for killing seven and injuring 48 people.

Highland Park prosecutors and police officers allege that Crimo Jr. was criminally reckless at the time he was helping Crimo III get the FOID card. They also allege that helping his son obtain a FOID card contributed to the physical harm sustained by victims killed in the mass shooting.

While Illinois residents must be over 21 to receive a FOID card, legal guardians can sponsor someone younger. Crimo Jr. has openly admitted to helping his son get the card and told in July local ABC affiliate WLS that he does not regret it, despite several warning signs that point to the danger of Crimo III.

In April 2019, a police report shows that Crimo III’s mother told police her son “attempted to commit suicide with a machete” and that he had a “history of attempts,” according to the WLS.

In September, a member of Crimo III’s family reportedly alerted police that Crimo owned a collection of knives and that he had said he would “kill everyone”. Officials then confiscated more than a dozen knives, as well as a dagger and a sword, from Crimo’s home.

Still, the suspect’s father did not show any remorse for helping his son retrieve the gun he allegedly used to fire on dozens of people from the top of a building along the parade route.

Crimo Jr. faces up to three years in prison.

“Parents and guardians are in the best position to decide whether their teen should have a gun,” Rinehart said. “You are the first line of defense. In this case, that system failed when Robert Crimo Jr. sponsored his son. Knowing what he knew, he signed the form anyway. This was criminally reckless and partly responsible for the physical harm suffered by the victims on July 4th.”

Court records show Crimo Jr. is being held on $500,000 bail. A hearing on the bond will be held Saturday, Rinehart’s office said. His case is before a judge other than the one overseeing his son’s case.

Robert Crimo III’s next court date is scheduled for January 31, 2023.

Should Reggie Wayne be the Colts' next head coach?

Inflation and the Fog of War

The best places in St. Helens to buy a pie on National Pie Day

The cause of death of the wife of Hank Williams Jr. revealed, regarding surgery just a day before