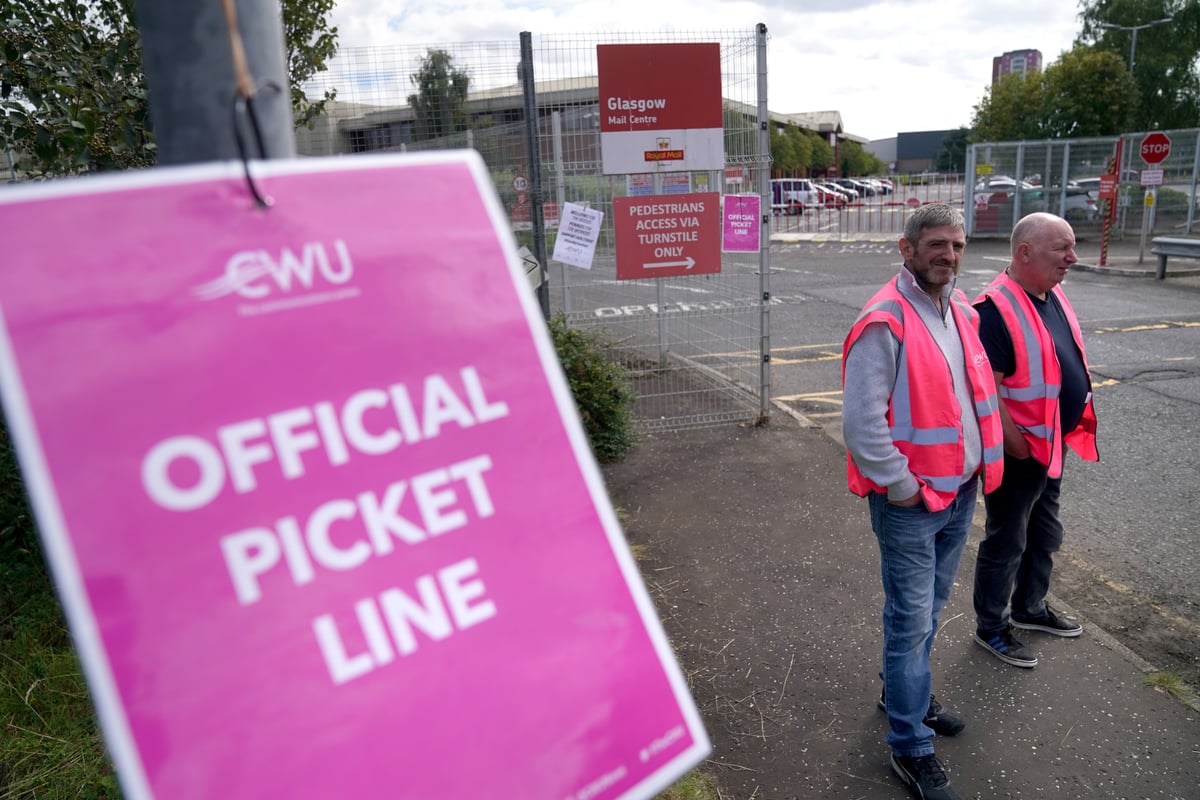 Royal Mail workers will again picket outside Royal Mail’s delivery and sorting offices on Saturday in an ongoing dispute over pay and conditions.

Members of the Communication Workers Union (CWU) went on a 48-hour strike on Friday, hitting mail deliveries across the country.

Talks between the two sides were held on Thursday but there was no sign of progress and the union plans to step up industrial action in the coming weeks.

The union said the strike by around 115,000 of its members was the biggest strike of the year amid longstanding disputes in other sectors.

A further 19 days of strikes were announced on different days in October and November, leading to a major escalation of the conflict.

He said it would be “useful” for the Government to explain its position on the future of Royal Mail amid union fears that the company is being positioned for a takeover.

Mr Ward said new business secretary Jacob Rees-Mogg had told the union they could meet an official from his department.

“Postal workers across the UK are now facing the fight of their lives to save their jobs and the services they provide to every UK household and business.

“We call on everyone to stand by their local postal worker.”

A Royal Mail spokesman said: “The CWU can have no doubt as to the impact their ruthless conduct of 19 days of industrial action is having on our weakened finances and the job security of their members.

“Royal Mail is losing £1million a day. We operate in a competitive market and our customers have choices. Continued strike action will force our customers to make these decisions sooner rather than later.

“Our invitation to start talks about Acas remains open. Our staff need CWU leadership to recognize the reality of the situation Royal Mail is facing as a business and to urgently advocate for the changes needed to adapt to customer demands in a highly competitive marketplace.

“We apologize to our customers for the inconvenience the ongoing CWU strike will cause.

“We’re doing everything we can to minimize delays and keep people, businesses and country connected.”

“They keep killing us”: Two decades later, violence is raging in Darfur, Sudan