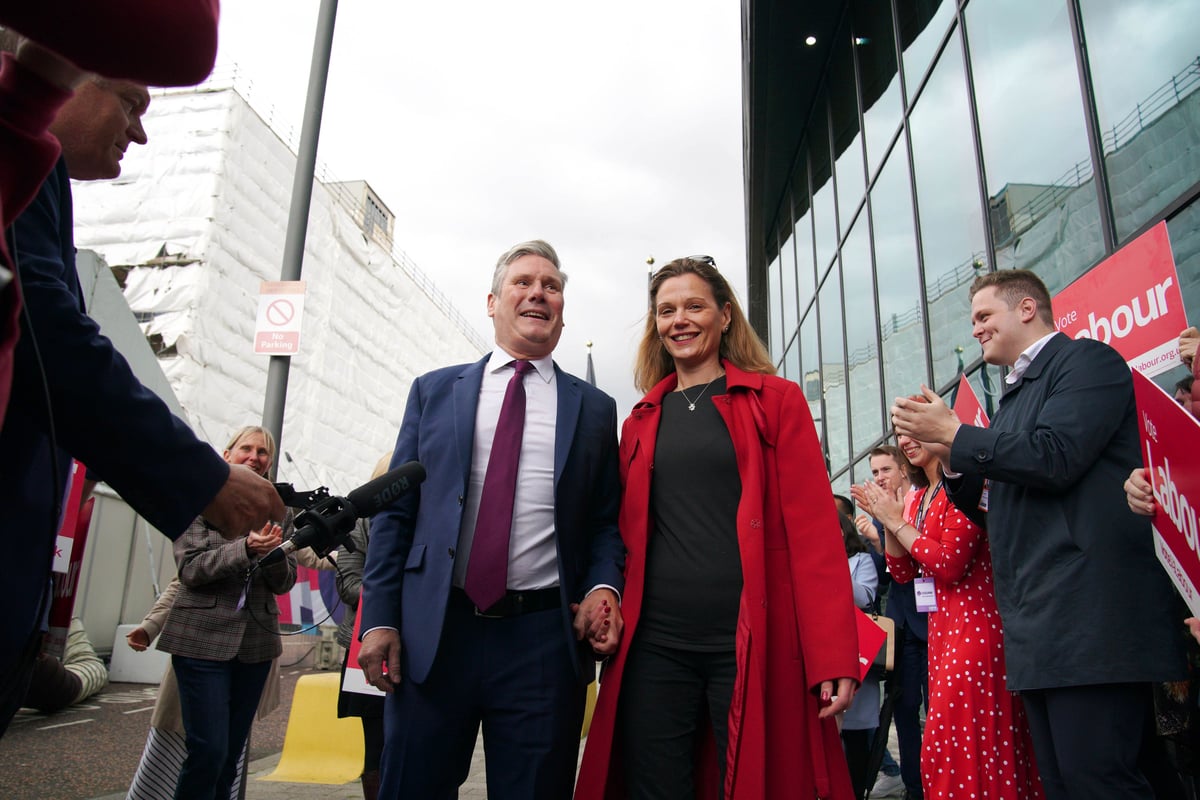 Sir Keir Starmer claimed there was “change in the air” and Labor was ready to form the next government after 12 years of Tory failure.

The Labor leader who has outlined plans for a green energy revolution to boost economic growth in opposition to the ‘trickle down’ policy laid out by Liz Truss and Kwasi Kwarteng.

Sir Keir used speeches to campaigners on the eve of the Labor conference opening in Liverpool to denounce the Downing Street “shower” which he accused of “taking the piss” by offering tax cuts to the rich and less support to poorer households granted.

The Labor leader pledged to double the amount of onshore wind power, triple solar power and more than quadruple offshore wind power by 2030, according to details revealed in The Observer ahead of the party’s annual conference.

Creating a zero-carbon, self-sufficient power grid would lead to permanently lower energy bills and independence for nations like Russia, according to Labor.

The move could also create half a million jobs and make Britain the first country to have a zero-emission energy system.

Speaking to activists, Sir Keir said the Chancellor’s admission of Tory economic failure would be “hung around their necks” in the next election campaign.

He said: “There is a change in the air. There’s an atmosphere, there’s a sense that Labor is ready to deliver.

“And don’t we need a change after 12 years of this shower, 12 years of failure under this administration, 10 years of stagnant wages, public services on their knees?”

It is already clear that the Chancellor’s mini-budget on Friday will set the dividing lines for the next general election, with Sir Keir telling Labor supporters: “I disagreed with almost nothing he said in that financial report yesterday, apart from that from his opening sentence when he said there was a “vicious cycle of stagnation”.

The former prosecutor said it’s good when “someone caught in the act actually pleads guilty”.

He said the government’s “driving ideology” was now “to make the rich richer and do nothing for working people”.

“It doesn’t trickle down, it takes the piss.”

The Labor leader’s relationship with union leaders has been strained by his refusal to give full support to the wave of strikes triggered by the cost-of-living crisis.

But he insisted he would lead the “most pro-union Labor government you’ve ever seen” and pledged to present a green paper on workers’ rights within 100 days of an election victory.

The conference is crucial for Sir Keir to present himself as an alternative Prime Minister to Mrs Truss, with the next election expected in 2024.

Sharon Graham, general secretary of the Unite union, told the BBC the Labor leader should be “bolder” in his economic policies and not “stand still” in order to come to power.

The conference officially begins on Sunday with Queen’s tributes and a performance of the national anthem.

https://www.newschainonline.com/news/starmer-lashes-out-at-12-years-of-tory-failure-ahead-of-crunch-conference-294458 Starmer lashes out at ’12 years of Tory failure’ ahead of Crunch conference

How to complete the Generous Boss Challenge in BitLife

Scotland under thunderstorm warning with heavy rain on Tuesday