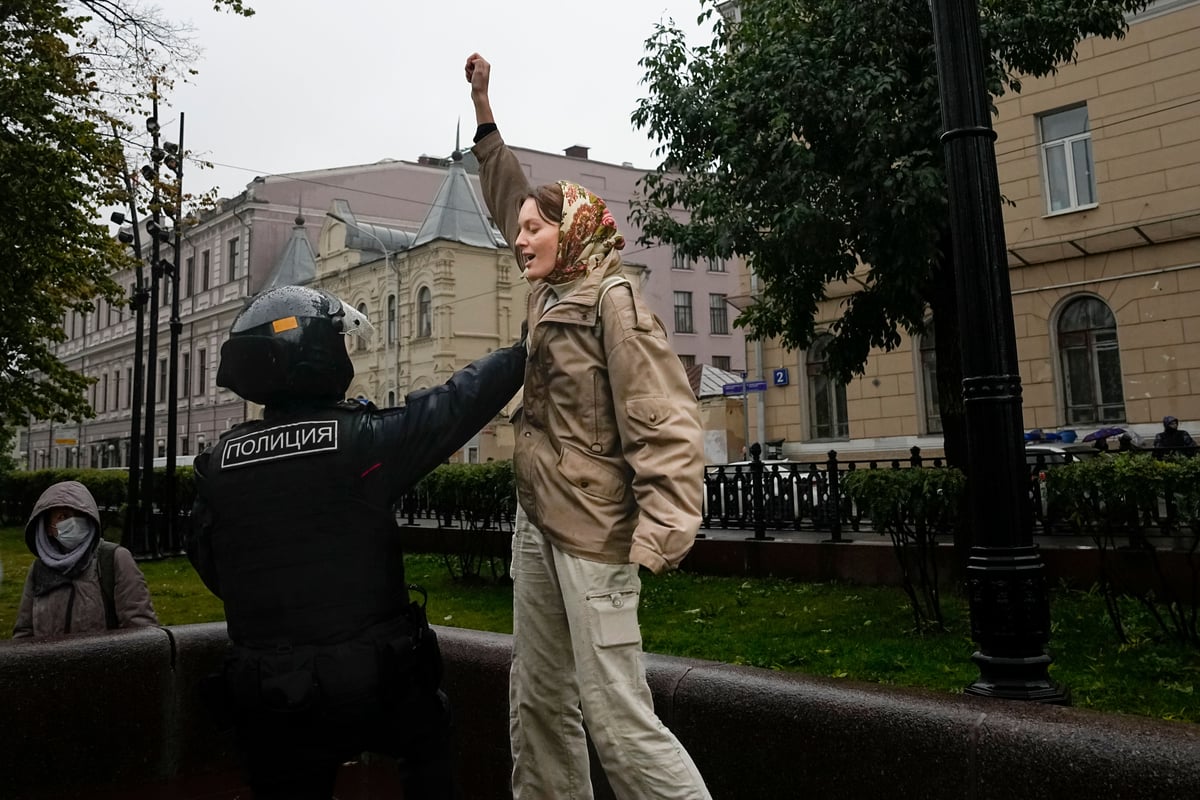 The onset of autumn weather, with rain making fields too muddy for tanks, is beginning to cloud Ukraine’s efforts to retake more Russian-held territory before winter freezes the battlefields, a Washington-based think tank has said.

Russia, meanwhile, has been pushing for its conscription of hundreds of thousands of men to throw itself into the seven-month war to reverse its recent losses.

It also used suicide drones against the Ukrainian port city of Odessa on Sunday, Ukrainian authorities said. No casualties were reported.

The Russian mobilization, its first such convocation since World War II, is sparking protests in Russian cities with fresh demonstrations on Sunday.

It also opens divisions in Europe over whether to welcome or repel Russian men of military age who are fleeing in droves.

The clock is ticking for Ukrainian and Russian military planners as the approaching winter is expected to complicate the fighting.

Rainy weather already brings muddy conditions that limit the mobility of tanks and other heavy weapons, according to the Institute for the Study of War.

But the think tank said Ukrainian forces are still gaining ground in their counter-offensive launched in late August, which has spectacularly pushed back Russian occupation in much of the northeast and which also prompted Russian President Vladimir Putin’s new attempt at reinforcements.

The partial mobilization has sparked an exodus of men trying to avoid conscription – and sharp divisions in Europe over how to deal with them.

Lithuania, a European Union member country bordering Kaliningrad, a Russian exclave on the Baltic Sea, said it would not grant them asylum.

“The Russians should stay and fight. Against Putin,” Foreign Minister Gabrielius Landsbergis tweeted.

His counterpart in Latvia, also a member of the EU and bordering Russia, said the exodus posed “significant security risks” for the 27-nation bloc and that the refugees could not be considered conscientious objectors against the invasion.

Many “agreed to kill Ukrainians, they did not protest at the time,” Latvian Foreign Minister Edgars Rinkevics tweeted.

He added that there are “many countries outside the EU to visit”.

Officials in other EU nations, however, say Europe has a duty to help and fear that rejecting the Russians could play into Mr Putin’s hands, feeding his narrative that the West has always hated Russians and that the war is being conducted to protect their country against Western hostilities.

“Closing our borders would not be in line with our values ​​or our interests,” a 40-strong group of senators in France said in a statement.

They called on the EU to grant refugee status to Russians fleeing mobilization, saying it was “a mistake by Europe in the unfolding war of communications and influence” to turn them down.

The mobilization also comes hand-in-hand with Kremlin-orchestrated referendums in four occupied regions of Ukraine that could pave the way for their forthcoming annexation by Russia.

Ukraine and its western allies say the referenda in Kherson and Zaporizhia in the south and the eastern regions of Luhansk and Donetsk have no legal force.

Voting is due to end on Tuesday but is being dismissed as a sham in Ukraine and the West, with footage showing armed Russian troops going door-to-door to urge Ukrainians to vote.

The ministry warned they would be “punished,” without specifying how.

In cities across Russia, police have arrested hundreds of protesters against the mobilization order.

Women who opposed the draft protested in the Siberian city of Yakutsk on Sunday.

Videos shared by local media showed a crowd of a few hundred people, mostly women, holding hands and marching in a circle around a group of police officers.

Later, the police dragged some away or forced them into police cars. News website SakhaDay said the women chanted pacifist slogans and songs.

At least 2,000 people have been arrested for similar demonstrations across the country in recent days. Many of those who were taken away were immediately drafted.

Other Russians report for duty. Mr Putin and Defense Minister Sergei Shoigu have said the order applies to reservists who have recently served or have special skills, but almost every man is considered a reservist up to the age of 65, and Mr Putin’s decree kept the door open a wider convocation open.

The Kremlin said its initial goal was to add about 300,000 troops to its forces in Ukraine, which are struggling with equipment losses, mounting casualties and a weakening of morale.

The mobilization marks a sharp departure from Putin’s earlier efforts to portray the war as a limited military operation that would not affect the lives of most Russians.

The draft will be accompanied by tougher penalties for Russian soldiers who disobey orders from officers, desert, or surrender to the enemy.

The Ukrainian government barred most men aged 18 to 60 from leaving the country immediately after invading Russia on February 24, under a general mobilization order aimed at building a military of one million men.

https://www.newschainonline.com/news/world-news/winters-approach-sets-clock-ticking-for-ukraine-294497 The approaching winter makes the clock tick for Ukraine

Russia, Out to Contain NATO, Instead Reignites the Alliance