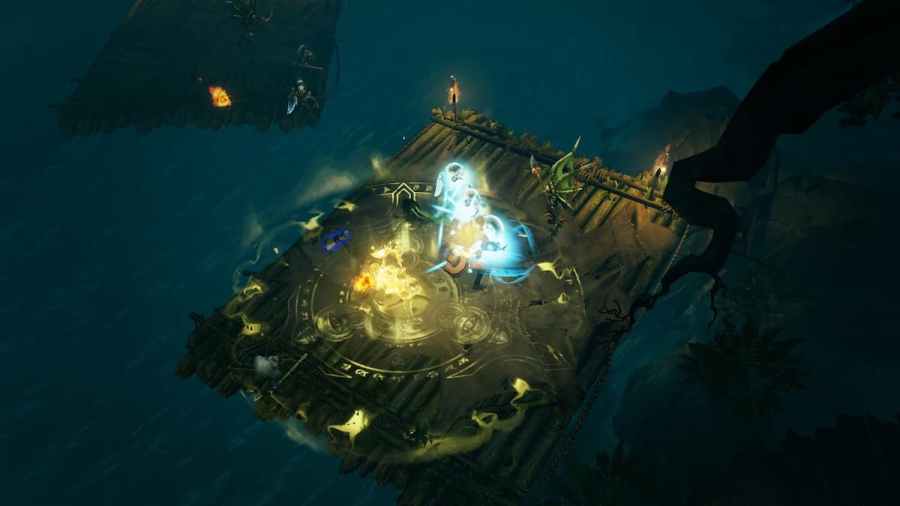 Ever since Blizzard Entertainment released Diablo Immortal on a mobile platform, fans have been busy maxing out their characters in the never-ending quest to make them as powerful as possible. The new installment in the Diablo series offers you six different classes to play with. In this guide, we’ll be covering the best builds for each of them to help you find your way to the best items in the game.

What are the best optimized builds for each class in Diablo Immortal?

We’ve included the builds that are best optimized for each class in Diablo Immortal with rare gems. Because collecting legendary gems is such a tedious job, these builds can still be crafted using gems that can be crafted at the Apprentice Jeweler with daily Epic Crest Runes. Obtaining legendary items for free is also possible by doing the following:

This Monk Build is based on one of the most popular skills called Exploding Palm. You can unlock this skill once you reach level 24 with your character. The exploding hand bleeds your enemies and causes them to explode. This ability can be chained well and wreak havoc on enemy ranks.

This build for Demon Hunter is based on the Vengeance skill, which allows you to fire additional shots from your weapons. The goal is to bombard your opponents while laying traps. Positioning is key here, and you’ll be constantly adjusting it while dodging enemy attacks.

This Crusader build focuses on getting your character to use the Charge skill effectively. Questor’s Mien is there to increase the number of charges, while Hungerfire Chiton causes a shockwave at the target point. Shield Swath grants a protective circle of shields when you end the attack.

Related: How does class change work in Diablo Immortal?

The Barbarian class is the easiest to play because it’s easy to build. The Berserker Barbarian build is based on the Wrath of the Berserker skill, which increases multiple attributes for 20 seconds. We want to use The Coming Storm and Lasting Hate to increase its duration. And finally, Determination and Pursuit Rage are there to bolster Furious Charge, allowing you to get closer to enemies.

The necromancer relies on summoning his minions to fight for him. The Lich Necromancer focuses on survivability while your minions fight for you. Bone Armor will ensure you survive long enough, and Farewell Gift and Engraved Bulwark complement them by boosting their duration.

The dividing feature of this wizard build is that it converts magical abilities into their ice-cold counterparts. For example, the Frostwalkers and Vision of the Frozen Path replace Meteor and Scorch in Freeze skills that chill enemies and deal them extra damage. The main strength of this build is crowd control, as the ability to freeze enemies gives you more time to dodge and reposition.

If you love Diablo Immortal as much as we do and are looking for more guides to help you progress through the game, you’ve come to the right place! Check out Diablo Immortal Final Boss Guide – How to beat Skarn and what is the Helliquary in Diablo Immortal? How To Unlock, How Many Players, And More Here In The Pro Game Guides!

How to search the basement of Mayor Weeks in Weird West

The Neopets hack may have exposed millions of user passwords