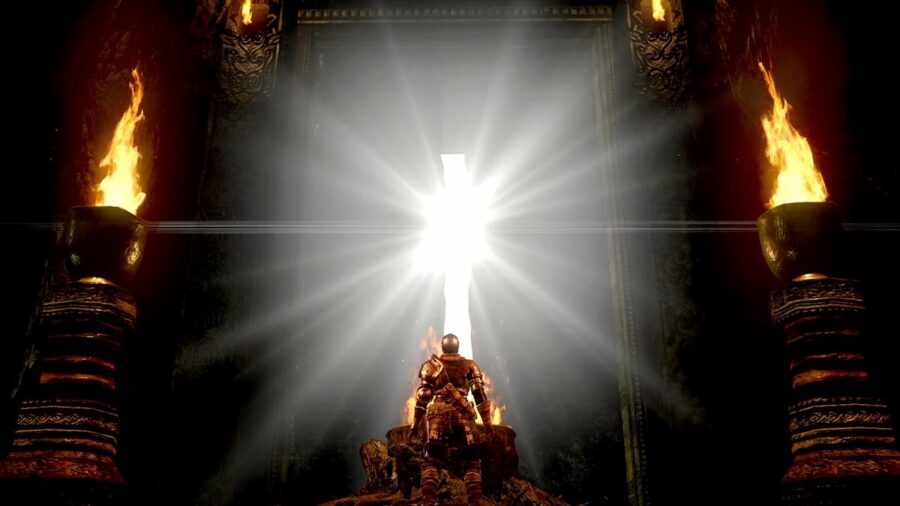 Dark Souls’ success trumps some of the massive beasts you slay in the game. Decades after the launch of the original title, the franchise continues to welcome new players and immerse them in the vast kingdom of Lordran. Much of this can be attributed to the unforgiving difficulty of boss fights and incredibly responsive and efficient sword fighting mechanics.

In Dark Souls, your choice of weapon determines the game. Each weapon has a unique set of moves and damage output. Any weapon can be a viable option if you’re able to max out their strengths. However, some weapons inevitably outperform others when it comes to dealing damage and grinding enemies to a pulp. In this list we are talking about the ten best weapons that you can find in Dark Souls Remastered.

The Black Knight Greataxe is a heavy damage weapon and can be picked up early in the game by defeating Black Knight in which catacombs. Where this weapon lacks in speed, it more than makes up for in damage and range. Due to its sluggish speed, players must time their attacks perfectly to take down enemies in a few hits. This weapon’s two-handed heavy strike knocks enemies into the air and deals 20% additional damage to Chaos Demons.

One of the most popular weapon options for dexterity builds, the Chaos Blade is great for dishing out fast, low-recovery, high-bleed thrusts. To get the Chaos Blade, a player must rising up a +10 katanas (Iaito, Uchigatana or Washing Rod) with the Soul of Quelaag at the giant blacksmith in Anor Londo. The only downside to this weapon is that you take 20 damage for each successful blow that lands on an enemy. A word to the wise – use Chaos Blade with Evil Eye Ring or replenishment miracle reduce health damage.

The Great Scythe instills great fear in opponents thanks to its incredible range and damage output. It can be found inside catacombs, above the lever to the second closed door. Featuring a unique moveset with unmatched bleed potential, the Great Scythe is a great choice for Dexterity builds. It features a vertical downward swing as a normal attack and a horizontal swing as a strong attack. Due to its light weight, players can move around the map quickly and absolutely reap any enemy that gets in their way.

Sometimes affectionately called the “Bestoc,” this weapon can be a balancing force in the hands of a calculated player. As a piercing sword, the Estoc can be used to deal damage to enemies while holding your shield up, effectively turning combat into a two-way street. The light weight of this sword also allows players to move quickly and rush their enemies, catching them off guard. You can get the Estoc from the corpse located in the lower area of Firelink Shrinealong the path to the ruins of New Londo.

Arguably one of the coolest weapons in the game, the Dragon Fang is literally a giant dragon fang that acts as a big hammer. This behemoth of a weapon requires 40 Strength to wield and grants the wielder additional resistance to magic and fire damage. It deals heavy damage and can be enchanted to further improve its stats. The Dragon Tooth is part of Havel the rock‘s gear set, located in a room behind a hidden wall Anor Londo.

Fast attacks, good range, high damage, and efficient stuns are all characteristics that make the two-handed sword one of the most popular weapons in Dark Souls. It’s one of the easiest weapons to obtain since you get one as soon as you start in Firelink Shrine. Despite being an early game weapon, the Zweihander is great to use heavy damageand can stun and pregnant enemies with his two-handed heavy attacks.

The Claymore might be a less flashy early-game weapon that’s readily available, but don’t let that fool you – this powerful greatsword has the potential to carry you through the entire game. It has good mobility and a variety of bumps and bumps, and players can master it fairly easily. The Claymore can be upgraded to further increase its damage output and gain great parameter bonuses for Strength and Dexterity builds.

The Balder Side Sword is one of the best straight swords in the game that most players may not be able to get their hands on. It can only be acquired by defeating a Balder Knight with a side sword. However, there is only 1% Chance to find a Balder Knight with a Side Sword, making it an extremely rare weapon in the game. It has good range, a balanced moveset, and low stamina cost. It scales well with Dexterity builds and can be enchanted to increase its stats.

How did Oliver Chidawu die? Discover his net worth at death, wife, children and family

When will the power turn off in Project Zomboid?