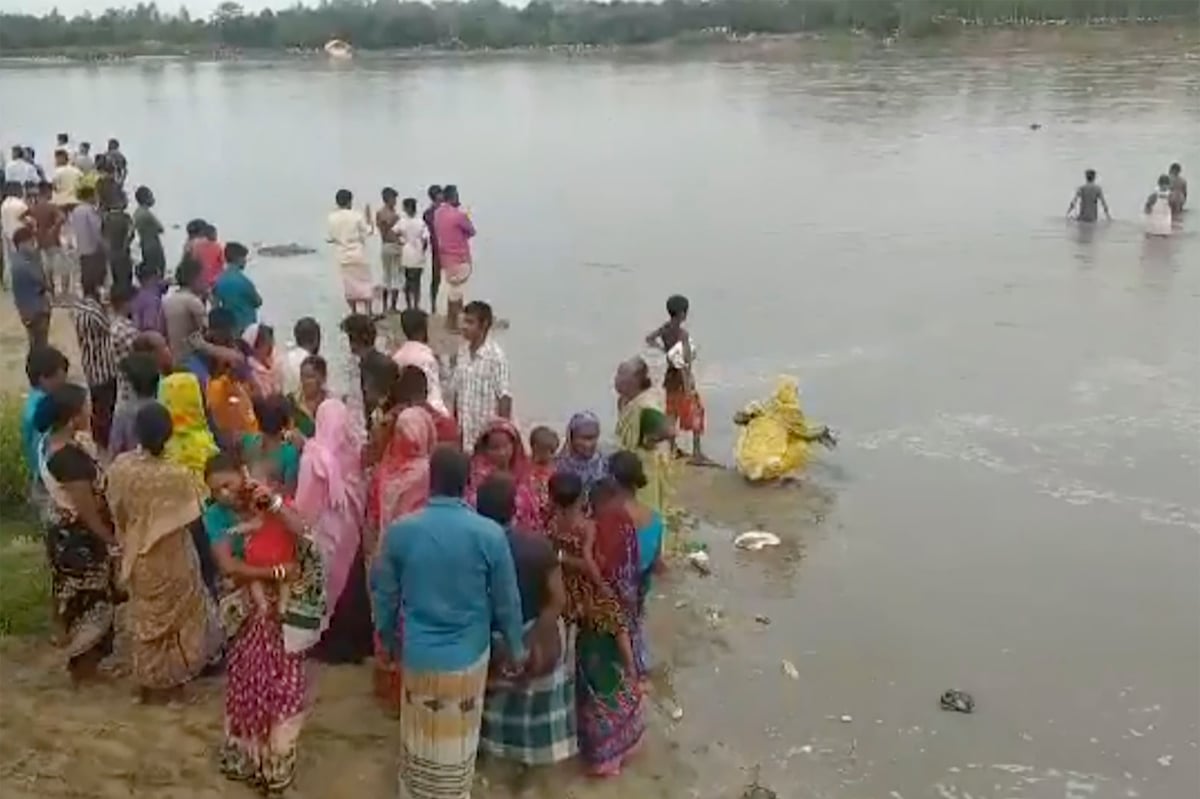 Rescuers in northern Bangladesh have found more bodies from an overcrowded boat that capsized in one of the country’s worst river disasters, taking the death toll to 66, officials said.

At least 15 other people are still missing, said Dipankar Roy, a senior government official in Panchagarh district, where the boat capsized on Sunday.

About 100 Hindu pilgrims were crossing the Karatoa River in the Boda area to celebrate a religious festival at a temple when their boat overturned, according to video footage posted by local media.

Shortly before the accident, onlookers from the riverbank shouted at the boatmen to navigate carefully.

The Hindu community, the second largest in the Muslim-majority nation, is preparing to celebrate one of its biggest religious festivals, Durga Puja, next month.

About 32,000 marquees have been prepared across Bangladesh where idols of Goddess Durga will be placed to worship during the festival.

Authorities have ordered tight security for the temples and makeshift marquees as past celebrations have been marred by communal violence in some locations.

About 8% of the more than 160 million people in Bangladesh are Hindus.

Boating accidents are common due to poor navigation, overcrowding, and lax law enforcement in the delta nation, which is criss-crossed by about 130 rivers.

Last year, at least 34 people died when one ferry capsized, while a fire on another killed at least 39 people.

https://www.newschainonline.com/news/world-news/death-toll-rises-to-66-after-bangladesh-boat-crowded-with-pilgrims-capsizes-294806 The death toll rises to 66 after a boat packed with pilgrims capsizes in Bangladesh

Nets get a somber update on Seth Curry's return

All new slimes in Slime Rancher 2

Seal was rescued after being found heading towards a car, likely attacked by a dog