A landmark review will require a full overhaul of the government’s flagship counterterrorism program after a series of institutional failures.

The Prevent program aims to combat Islamism as well as other threats, including right-wing extremists and those with “mixed, unstable or unclear” ideologies.

But a report by William Shawcross, former head of the Charity Commission, is said to have found major loopholes in the program.

The Home Office-commissioned review, which has yet to be released, even found that Prevent had funneled taxpayers’ money to groups promoting Islamist extremism. 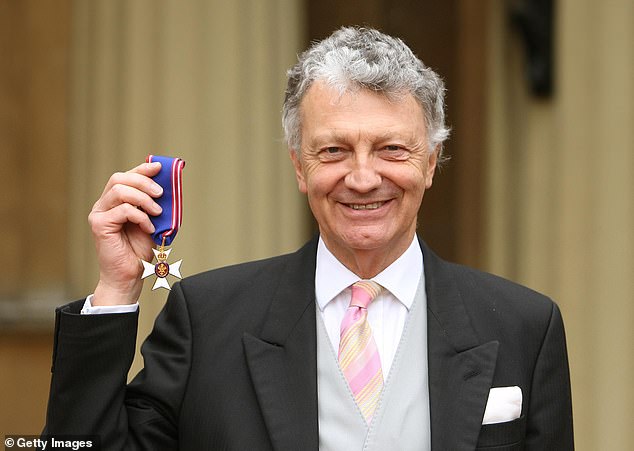 A source familiar with the report said last night: “The Shawcross report will require an overhaul of the entire system.

“The state as a whole has been unable to cope with a huge amount of money being passed from one organization to another. There were institutional failures, a lack of proper oversight and a lack of accountability.’

Established in 2006, Prevent aims to bring police, security services and the NHS together with local government officials – including social services and education workers – to identify those at risk of radicalisation.

But it has suffered a string of high-profile failures. Ali Harbi Ali, the killer of Tory politician Sir David Amess, was dismissed as a terrorist threat by experts just months before he bought a knife to kill MPs.

Usman Khan, 28, who stabbed two graduates on London Bridge in 2019, had come into contact with Prevent officers who had “no special training” in dealing with terrorists.

Prevention officials have also been warned that Khairi Saadallah could carry out a terrorist attack, but it was found he had “no fixed ideology” before fatally stabbing three men in a Reading park in 2020.

Parsons Green assassin Ahmed Hassan was referred to “Channel” – part of Prevent – but managed to plan his 2017 attack under the noses of mentors.

Since its inception in 2006, a key role of Prevent has been distributing grants to grassroots Islamic groups to keep young Muslims from radicalization.

But in May, leaked excerpts from Mr Shawcross’s review found that some Prevent-funded community organizations had “promoted extremist narratives”.

“Giving taxpayers’ money to shady organizations is clearly something that shouldn’t be happening,” a source said.

“This is due to the public sector not doing proper due diligence and that needs to change.”

Mr Shawcross was appointed the Government’s independent auditor for Prevent in January 2021.

His report was said to have been handed over to then Home Secretary Priti Patel in the summer, but publication was delayed by Tory leadership struggles.

It was feared that too many of Prevent’s resources were directed to the far right, despite Islamism posing a greater mortal danger.

https://www.soundhealthandlastingwealth.com/uncategorized/failing-prevent-counter-terror-scheme-needs-a-major-overhaul-after-report-found-huge-gaps/ The failure of the anti-terrorist program “needs a major overhaul” after the report found major gaps

£54m glass futures facility expected to be completed in January

Amber Portwood has a "very intense loving relationship" with her son

Who is Yainee Alonso’s wife of Manny Machado? family, age and wealth

Halle Berry Swears by The Under-$30 Flawless Touch Cleansing Brush

DC announcements: James Gunn calls ‘The Flash’ ‘one of the greatest superhero movies ever made’