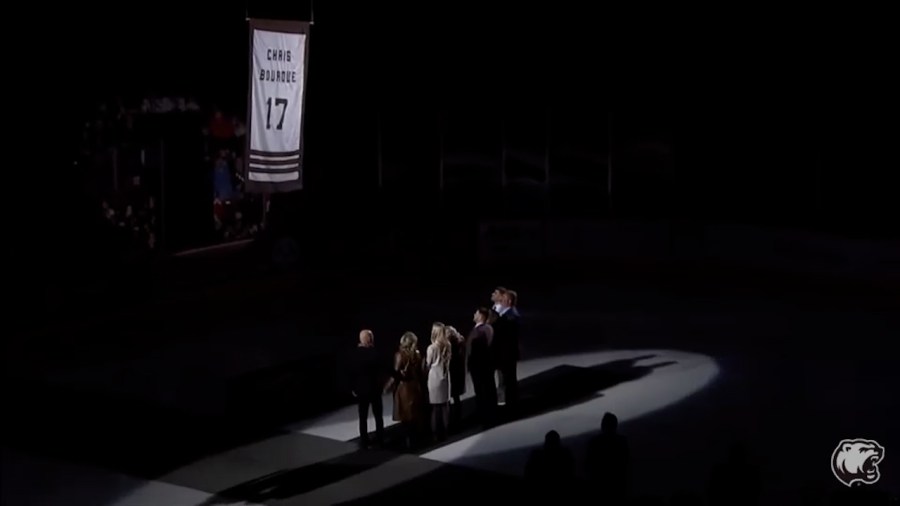 HERSHEY, Pa. (WHTM) – The Hershey Bears honored one of the greatest players to ever wear the Chocolate and White when they retired Chris Borque’s jersey number on Saturday night.

The Bears lifted Borque’s No. 17 jersey into the rafters at the Giant Center, only the 8th Hershey player to ever have his number retired.

Borque played a total of nine seasons with Hershey and is the only person in program history to win three Calder Cups as a player. In just under a decade with the Bears, Borque played 604 regular-season games, scoring 196 goals and averaging 586 points. He also appeared in 106 playoff games and his name is in the team’s record book.

Hershey honored Borque before their game against the Springfield Thunderbirds, driving to a 6-2 win that marked the 500th win of a pro career for head coach Todd Nelson.

Tori Spelling's daughter has been diagnosed with a rare condition

Did the Republican Party mistakenly write “Merry Christmas” on the Party Poster?

Children rescued from a house full of feces in Spokane: Firefighters