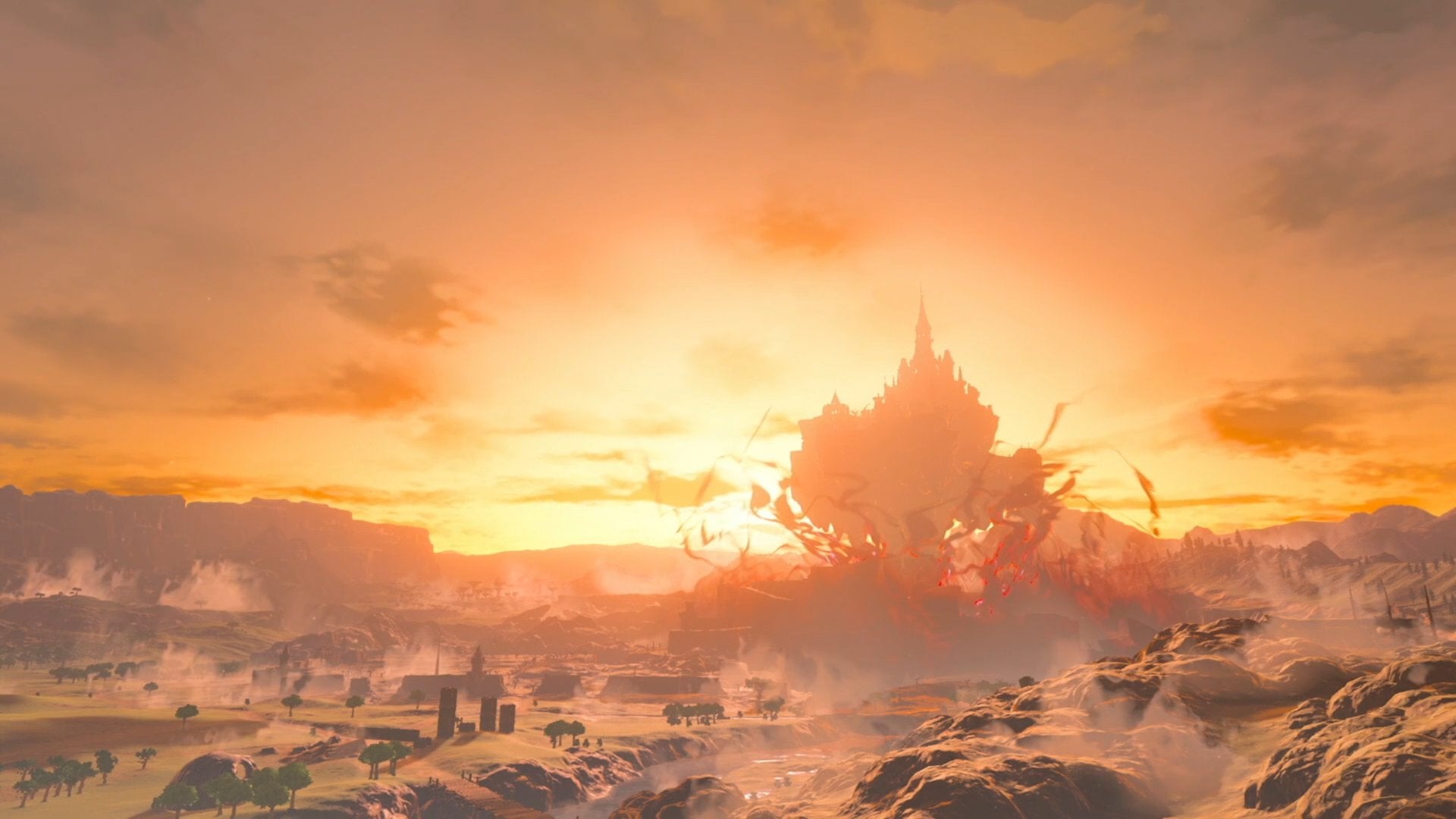 When is the Tears of the Kingdom release date?

The date was announced alongside this short (and mysterious) new trailer, which also confirmed its title: The Legend of Zelda: Tears of the Kingdom. Nintendo suggested waiting to reveal this title as it could be seen as a spoiler, although it’s not entirely clear what spoils the official title. The game with a beautiful new cover is available for pre-order now.

With a short teaser trailer at E3 2019, Nintendo first announced that development of a sequel to Breath of the Wild was underway.

In the short trailer, we can see Link and Zelda exploring an underground cave on the back of an elephant-like mount. You pass a corpse that emits both dark plumes of smoke and strings of light. The strands of light are revealed to merge into one arm of light, holding back the darkness seeping through the corpse’s chest, which appears to be a mummified male Gerudo wearing gold jewelry and long hair – this is believed to be Ganondorf.

What follows is a series of rapid flashes showing Link wielding his own arm of light, the original arm of light saving Link from falling, and a glimpse of the sealing ritual placed on the corpse. The trailer ends with the cave collapsing, the corpse being brought back to life, and Hyrule Castle rising into the air.

The trailer ends with a message that reads, “The Legend of Zelda: Breath of the Wild sequel is now in development.”

Shortly after the trailer aired straight to Nintendo’s E3 2019, The Legend of Zelda series producer Eiji Aonuma stated that his team was working on a sequel simply because it was too many DLC ideas for the original game.

At E3 2021, we finally get our first look at the gameplay of the then-untitled Breath of the Wild sequel, and the trailer kicked off with a continuation of the final teaser, featuring dark tendrils wiggling around Link’s right arm as Zelda descends into a pit the darkness falls .

From there, Link falls through the sky with a novel gauntlet on his right arm, bringing back memories of Skyward Sword. Then there are some new shots of flying islands and some of the new enemies, including a Bokoblin fortress on a stone talus.

We also take a look at some of Link’s new Sheikah tools built right into his new gauntlet, including remote stasis, which stops objects before they reverse their movement. Link also has a shield that belches flames, and he can apparently propel himself up out of puddles and travel through objects above him.

Finally, during the September 13, 2022 Nintendo Direct, Nintendo finally confirmed with a short but mysterious trailer that the sequel would be called Breath of the Wild Tears of the Kingdom.

This trailer begins with close-ups of a stone mural, beginning with a character that appears to be a woman, possibly the goddess Hylia. Then there is a wider shot showing several Bokoblins and Moblins descending on some warriors surrounded by a red type of energy or design. We then return to a middle shot of the god-like figure surrounded by what appears to be teardrop patterns – they are similar to the Amber and Dusk relics found in Skyward Sword, which are used as crafting materials. These Dusk Relics were found in the Silent Realm while searching for Holy Tears. The final shot of the mural is a pointy-eared woman – possibly Zelda – shaking hands with someone who cannot be seen.

Link then opens a massive stone door that appears to be engraved with dragons designed in the style of the Zonai statues from Breath of the Wild. He then runs onto more floating islands full of trees adorned with golden leaves, similar to the previous gameplay trailer. He parachuted into the world below.

Next, Link uses a kind of reverse stasis technique to cling to a large rock that falls upwards. Link then climbs onto a massive tree root on the side of one of these floating islands. Left free falls again, this time landing on some sort of stone glider in the shape of a bird and gliding down on it. You can see a glowing green icon on a plateau in the distance before another glowing dragon/ouroboros icon that creates the title treatment for Tears of the Kingdom. The master sword in the title seems to dissolve into green symbols, possibly Twili or Zonai in nature.

Note: This story originally ran in June 2021. It was updated on September 21, 2022 with the latest information available about The Legend of Zelda: Tears of the Kingdom.

Do you have a tip for us? Would you like to discuss a possible story? Please send an email to newstips@ign.com.

https://www.ign.com/articles/the-legend-of-zelda-breath-of-the-wild-2-release-date-gameplay-news-rumors The Legend of Zelda: Tears of the Kingdom: release date, gameplay and what we know so far

Tiffany Haddish says she lost everything in sex abuse lawsuit

Stranger Things Georgia house replacing Will Byer's house goes on the market for $300,000

How long does MADiSON take to complete?

GTA Online Weekly Podium Vehicle on December 30th: How to Beat the Wheel of Fortune Everytime