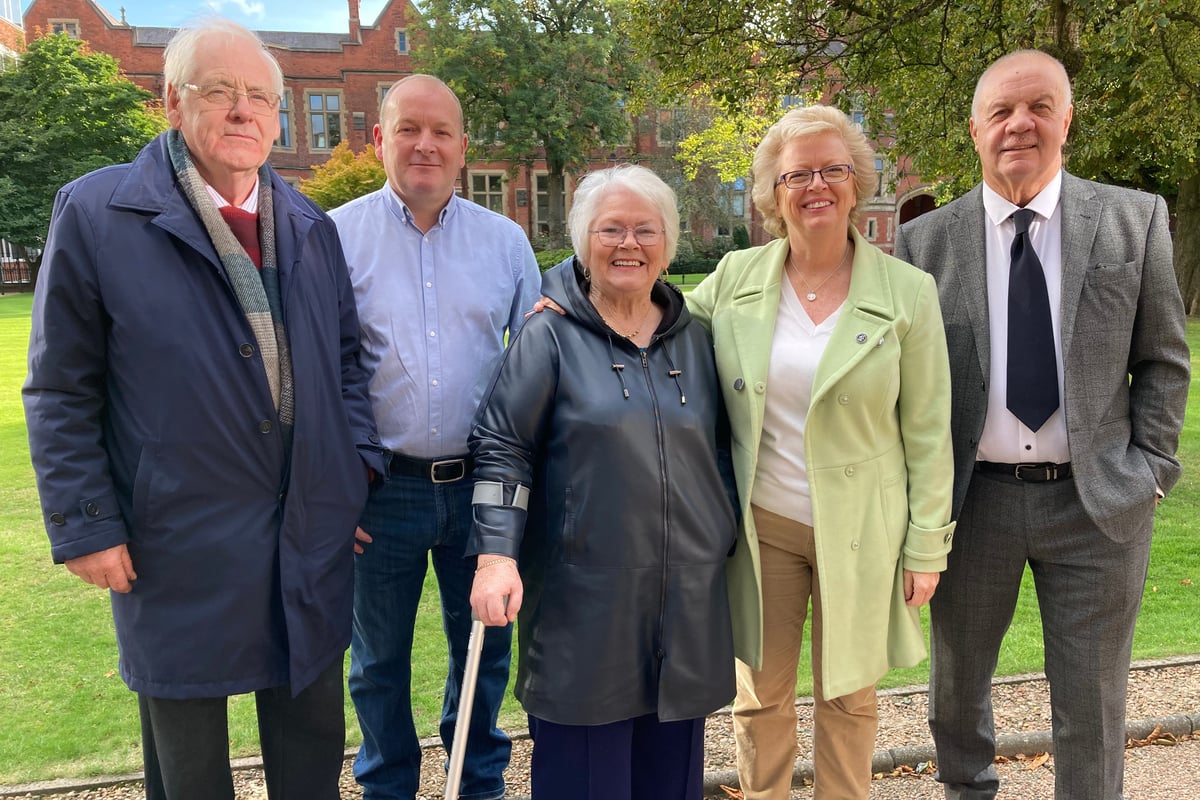 The screening of a film about the victims of Northern Ireland’s troubled past is intended to pressure the UK government to drop its controversial Heritage Bill, an activist has said.

Representatives from the UK, Irish and US governments attended the screening of The Victims Stories at Queen’s University Belfast on Thursday evening.

It features eight people who lost family members in atrocities in the area including the Omagh bomb, the Ballymurphy massacre and Bloody Sunday.

Lord Caine, Secretary of State for the Northern Ireland Office, was among those in attendance after Foreign Secretary Chris Heaton-Harris declined his invitation.

Victims Commissioner Geraldine Hanna was to be present, as were the victims’ families.

Activist Raymond McCord said the purpose of the film was to stop the UK Government’s Legacy Act.

The Northern Ireland Troubles (Legacy and Reconciliation) Bill provides an effective amnesty for Troubles crimes for those working with an information agency.

Mr McCord, whose son Raymond Jr was killed by loyalist paramilitaries, said the proposed legislation “rewards the killers and punishes the victims”.

“They have decided that they want to grant amnesty to the killers, there must be no investigation, no prosecution, no investigation and no civil action,” he told the PA news agency.

This bill has the approval of no community, no political party. Conservative hypocrisy is on display once again

“When it came out, Boris Johnson and Brandon Lewis told Parliament it would help us carry on – the only people it will help carry on are the killers.

“We got all the political parties from across Ireland together in Belfast City Hall a year ago, they all signed a document backing us against the old law, they didn’t do that with Good Friday.

“We went to Westminster last year, got all the parties in one room except for the Conservatives. They signed the same document.

“Now the UK Government is saying it wants to change the Northern Ireland Protocol because it doesn’t have the backing of either community – this bill has the backing of no community, no political party.

“The hypocrisy of the Conservatives is showing again.

“The film will show what the truth is about.”

There is almost universal opposition to proposed legislation, which would provide effective amnesty for those accused of trouble crimes, as long as they cooperate with a new truth agency.

It is also to close future civil proceedings and investigations related to killings during the conflict.

The bill has already passed the House of Commons and will be submitted to the House of Lords for consideration.

A spokeswoman for the Northern Ireland Office said: “Ahead of the passage of the Troubles of Northern Ireland (Legacy and Reconciliation) Bill in the House of Lords this autumn, Lord Caine this week continues his engagement with a range of stakeholders in Northern Ireland, including victims and survivors.

“This builds on his engagement over the summer and reflects the UK Government’s intention to consult fully with interested parties on the bill, their concerns and how these could be addressed once the bill goes through Parliament.”

https://www.newschainonline.com/news/screening-of-troubles-film-aims-to-pressure-government-to-ditch-legacy-bill-295292 The screening of the film “Troubles” is intended to pressure the government to drop the Legacy Bill.

Justine Brennan on how sexism influenced her elimination

Blues vs Wild Winter Classic Live Stream: How To Watch

USC vs Clemson basketball live stream: How to watch