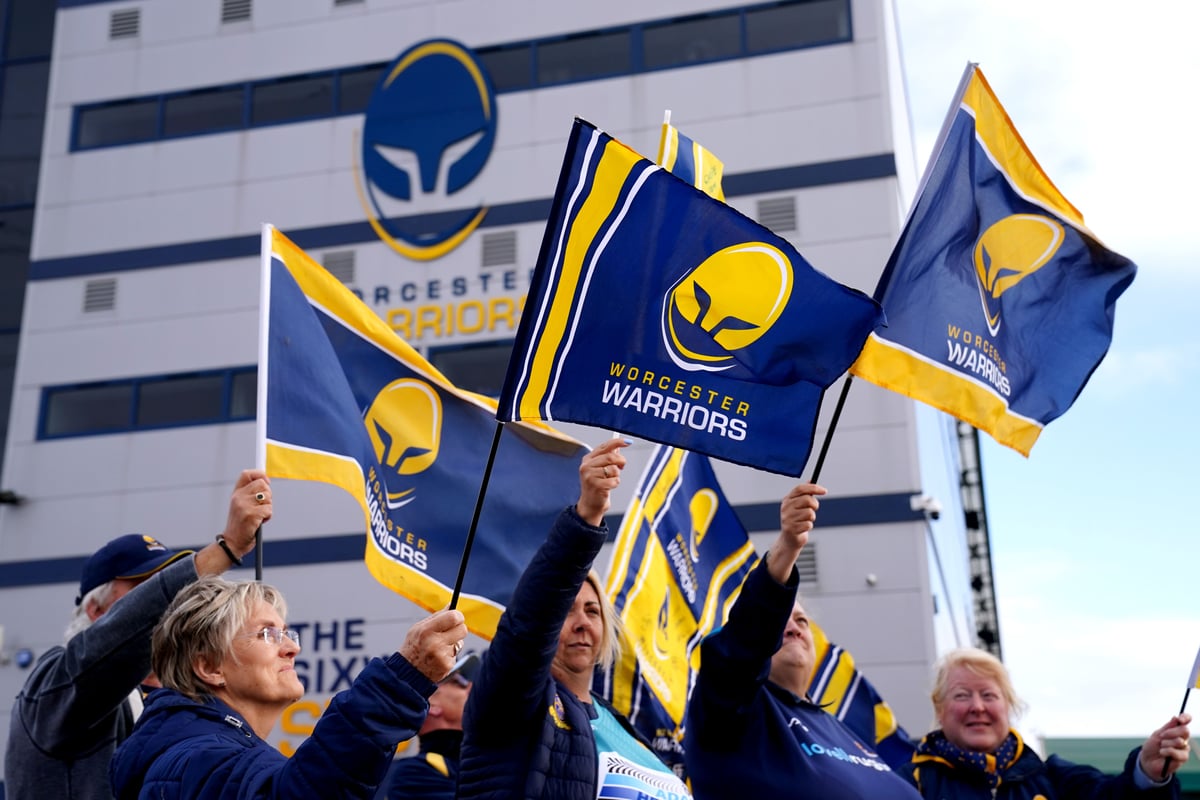 Worcester is struggling for its future throughout the Gallagher Premiership amid major financial uncertainties.

Here, the PA news agency takes up the plight of the Warriors, which has worsened following a Rugby Football Union suspension announced on Monday.

Why is Worcester in trouble?

The Warriors are saddled with more than £25million in debt, with an HMRC winding-up order due in October. Sixways Club players and staff have not received their full wages due to a lack of funds resulting in significant operational shortcomings. Owners Jason Whittingham and Colin Goldring insisted a deal involving new buyers was nearing completion, but no evidence of that deal has yet been presented.

Worcester were suspended from all competitions with immediate effect after failing to meet a deadline set by Rugby Football Union for proof of insurance coverage and funding of the club’s monthly payroll. The RFU also wanted evidence of a “credible plan to move the club forward” by 5 p.m. Monday. However, those requests were not granted as Worcester’s men’s and women’s teams have now both been suspended, while the Department for Digital, Culture, Media and Sport confirmed the club had been placed under administration.

What does this mean for the club?

Worcester’s Sixways Stadium is now on lockdown – staff had until Monday afternoon to collect their belongings – and the immediate future is bleak. Saturday’s Premiership game in Gloucester is over and, with no liability insurance, Worcester’s players are unable to train on the ground. Players will be given at least a week’s leave of absence by rugby director Steve Diamond while administration means the likelihood of automatic relegation.

The DCMS will now apply to the court to appoint trustees and begin work to consider all possible options to protect creditors and preserve rugby in Worcester. In the meantime, players, coaches, staff and fans can only wait and hope.

Why are so many Premiership clubs struggling?

The impact of the pandemic cannot be ignored, but Worcester cannot hide behind Covid as an all-encompassing excuse. Increasing wages for top players and coaches despite salary caps, constant competition to attract players, and ongoing struggles to increase game excitement are all important factors.

So where is English club rugby headed?

Sustainability will be a big buzzword in the coming weeks and months. Authorities will do whatever it takes to keep Worcester from hitting the wall. But the wider argument over the Premiership’s best long-term plan will rage on.

Molly Watson Murder & Cause of Death: How Did She Die?