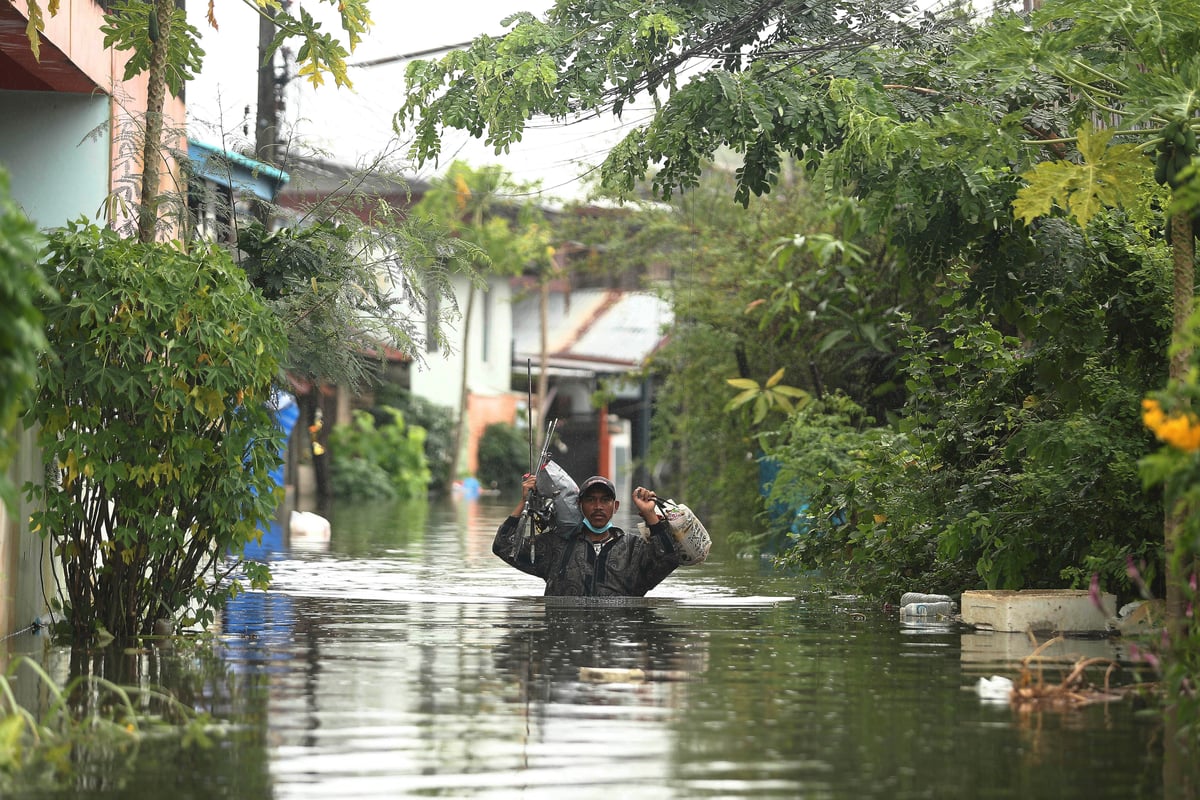 Waist-high water inundated riverside neighborhoods and other areas of Thailand after a tropical depression caused heavy rains and downed trees.

The heaviest rainfall, about 22 cm in 24 hours, was recorded in the north-eastern province of Ubon Ratchathani, where more than 5,000 people were evacuated to higher ground.

One person was reportedly killed and two injured by falling trees in Sisaket province.

The remnants of Tropical Storm Noru advanced into Thailand overnight after striking central Vietnam, causing power outages and blowing away roofs and billboards. No casualties were immediately reported in Vietnam.

Flooding has affected more than 10,000 homes in Thailand, according to the Department of Disaster Prevention and Mitigation.

Rescue workers waded through water to distribute food and care packages to people trapped in their homes.

In Nonthaburi province, which borders the capital Bangkok, an overflow of the Chao Phraya River flooded several riverside neighborhoods.

Officials said more sandbags will be made available to help stem the floodwaters.

The Meteorological Department said Noru continued to weaken but warned that seasonal monsoon rains will continue, adding to the already flooded situation in much of the country.

Before hitting Vietnam, Noru was a powerful typhoon that claimed eight lives in the Philippines, including five rescuers who drowned trying to save people from rising tides.

5 Pros of Using an LMS for Commercial and Marketing Directors

Pennsport shooting: 2 men die after gunfire in Philadelphia; both hit many times