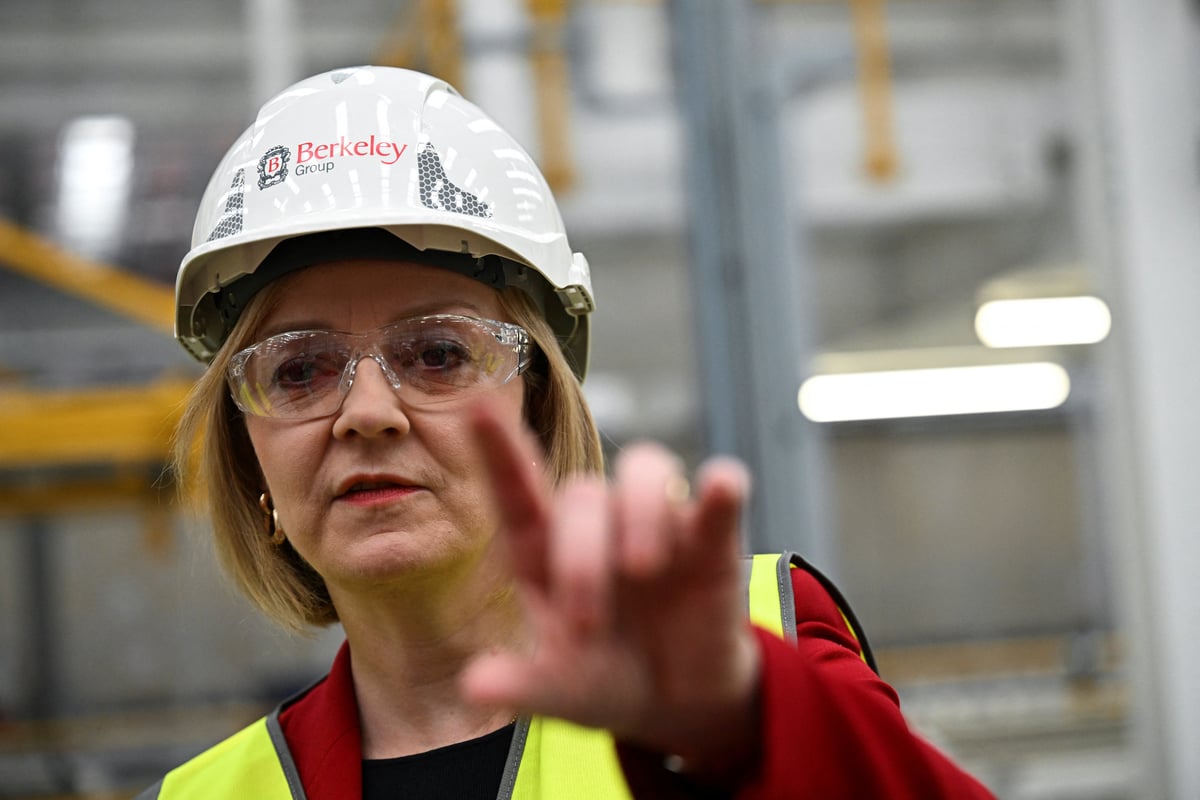 Prime Minister Liz Truss vowed to “launch a decade of momentum” and Chancellor Kwasi Kwarteng said her tax cuts were just the “first step in boosting growth” as the two were forced to defend the controversial measures.

The £45bn tax cut package was met with concern from leading economists, some Conservative MPs and financial markets – and the pound fell to new 37-year lows.

Economists are predicting that the pound could fall to par with the US dollar by the end of the year.

Such a slump could spark a rebellion from Tory backbenchers who could refuse to vote for the government’s finance bill or table letters of no confidence, the Telegraph reported, citing supporters and critics of the prime minister.

Labor called the plans an acknowledgment of 12 years of Tory economic failure.

But Ms Truss insisted she was “unapologetic” for “relentlessly focusing on economic growth” as she defended her risky strategy aimed at reviving Britain’s sluggish economy.

Commenting for The Mail on Sunday, the Prime Minister wrote: “Growth means families have more money in their pockets, more people can work in high-paying jobs and more companies can invest in their future. It makes more money available to fund our public services like schools, the NHS and the police.

“We will make no apologies in this pursuit…everything we do will be judged on whether it helps our economy grow or holds it back.”

Repeating her pledge to do things differently from previous Conservative governments, she said: “We will usher in a decade of momentum by relentlessly focusing on economic growth.”

Ms Truss also brushed off suggestions the measures could be fiscally irresponsible.

In an interview with CNN, which airs Sunday but was redrawn in advance, she was asked about responsibility for her economic plan.

“I don’t accept the… premise of the question at all,” she told the US broadcaster.

“Britain has one of the lowest debt levels in the G7, but we have one of the highest tax rates. We are currently at a 70-year high on our tax rates.”

Mr Kwarteng said he looks forward to “proving the naysayers wrong” in relation to his “mission to encourage investment and spur growth”.

“I want to assure you that with our growth plan, everyone wins. This is a plan that cuts taxes for everyone, not just the rich,” the Chancellor wrote in The Sun.

“This is the first step to boost growth across the UK, with ambitious reforms to boost our economy.”

It seems to be a signal that Ms. Truss and Mr. Kwarteng want to go further.

The couple could continue their tax cut spree in the new year with further income tax cuts and rebates for savers and child benefit recipients, according to the Telegraph, although Downing Street dismissed the report as “entirely speculative”.

Such changes would likely come as part of a full budget for the new year, after Mr Kwarteng announced a tax review in last week’s financial report.

Sir Keir Starmer denounced the Downing Street “shower” in speeches to campaigners on the eve of Labor’s Liverpool conference, accusing ministers of “taking the piss” by offering tax cuts to the rich while offering less support to poorer households gifts.

As part of her mission to boost growth, Ms Truss is expected to relax visa requirements to make it easier for foreign workers to come to the UK to help fill the labor shortage.

Julian Assange files new appeal against extradition to US

The impacts of climate change are now becoming more severe and widespread, says the UN panel