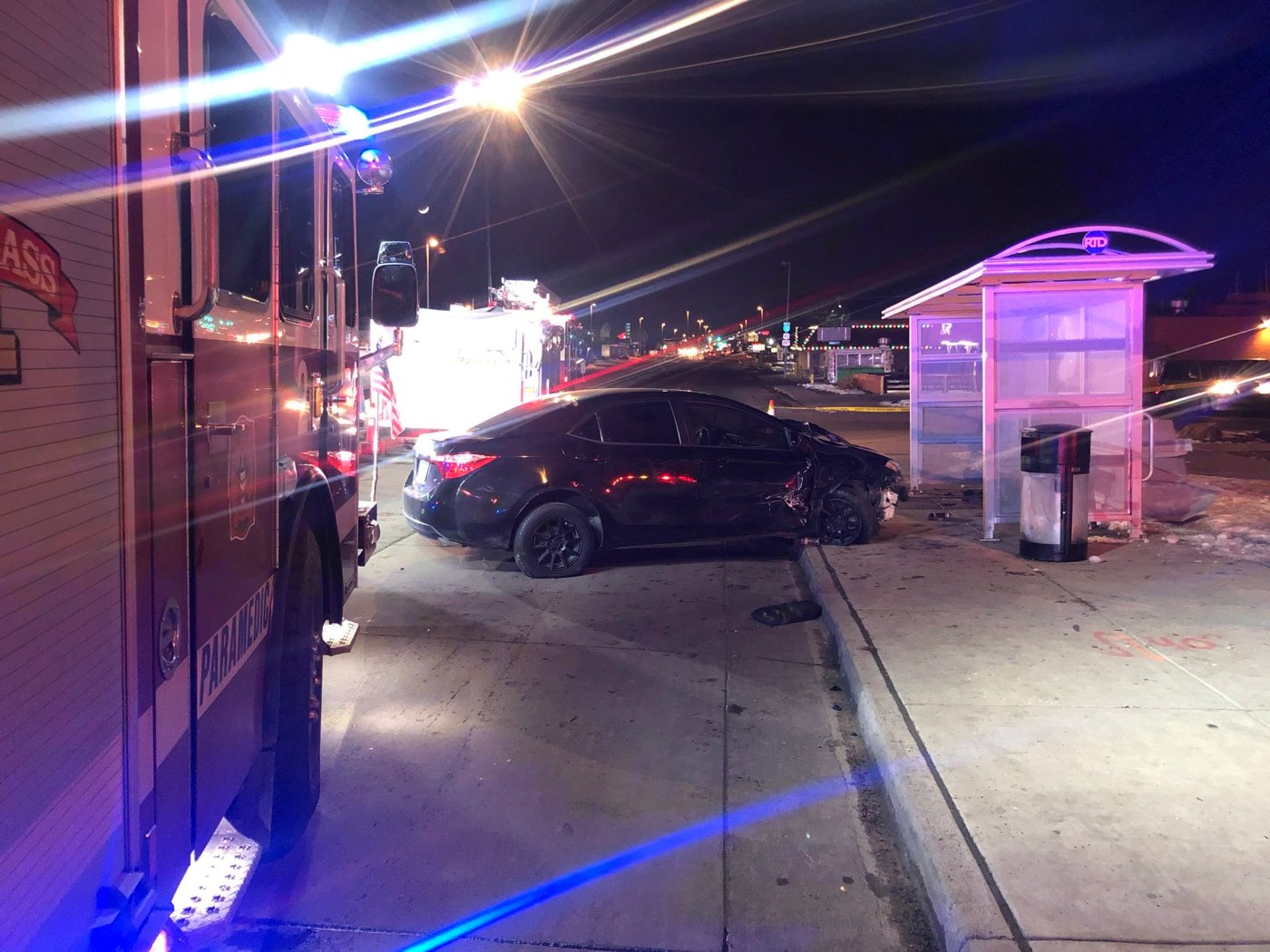 Two people waiting for a bus on East Colfax Avenue were hit by a driver who fled the scene, Aurora Police said.

#APDTrafficAlert: Officials are investigating an accident at Colfax & Moline. A car hit two people waiting at a bus stop. The driver ran away from the scene and was not found. One person transported with serious injuries.

W/B Colfax is closed at Macon.

All updates will be here. pic.twitter.com/GvpW0D4LKh

The accident happened around 7:35 p.m. at Colfax Avenue and Moline Street, police said.

“A vehicle hit two people who were waiting at a bus stop,” police said on Twitter. The driver fled the scene and officers are looking for him.

One person was taken to hospital with serious injuries. Westbound Colfax on Macon Street is being closed by the incident.

Aurora Fire Rescue members said the two victims were “pinched between a vehicle and a bus stop” in the crash. Members of the technical rescue team responded to extricate the couple from the rubble.

Two people are trapped between a vehicle and a bus stop after an accident tonight.

Members of our technical rescue team responded by extricating one – one was transported to the hospital.

Please avoid the area to allow first responders to do their job. Road closures: @AuroraPD. pic.twitter.com/oAi0Aj9reC

https://news.detroitdailynews.com/2023/01/25/two-people-waiting-for-bus-on-east-colfax-are-struck-by-a-driver-pinned-between-vehicle-and-bus-shelter/ Two people waiting for a bus in East Colfax were hit by a driver and trapped between the vehicle and the bus shelter

Bombshell report: Was Covid caused by a lab leak after all?

The legend of the "unsolvable mathematical problem"