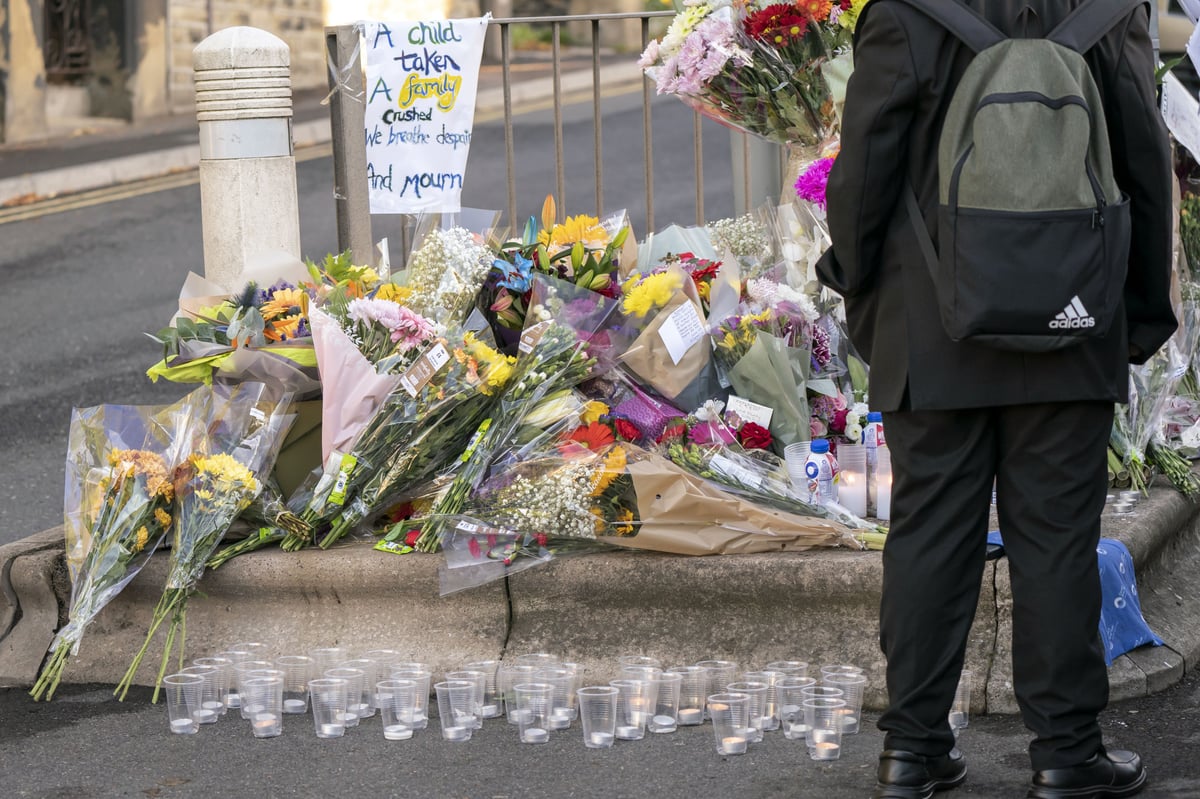 Two teenagers have been charged with murder after a boy was stabbed to death outside his school gates.

West Yorkshire Police said on Sunday that two men, aged 15 and 16, have been charged with murder and possession of a bladed object following the death of Khayri McLean.

The teenagers, both from Huddersfield, were remanded in custody to appear before Leeds magistrates on Monday.

Khayri, 15, died in hospital at 2.45pm on Wednesday after an attack near the entrance of North Huddersfield Trust School (NHTS) in Woodhouse Hill.

Flower tributes were left at the scene on Friday, candles and bottles of Yazoo milkshake were also placed near the spot where Khayri was stabbed.

A statement from West Yorkshire Police said: “Detectives investigating the death of a 15-year-old boy in Huddersfield have charged two men with murder.

“Both men, aged 15 and 16 and from Huddersfield, have also been charged with possession of a bladed object.

“Both have been remanded in custody to appear before Leeds magistrates tomorrow.

“The charges relate to the death of Khayri McLean, who died after being stabbed to death in Woodhouse Hill, Huddersfield last Wednesday.”

Maci Bookout gets honest about Amber Portwood after losing custody

A special counsel must be appointed to investigate Hunter Biden

A sleepy village becomes the center of mourning in Northern Ireland