The public message from Thursday’s NATO leaders’ meeting in Brussels will surely be one of unity and determination in support of Ukraine. But the unfortunate reality is that the democratic alliance facing Vladimir Putin is still not doing enough to ensure the Russian’s defeat. And behind the scenes, some leaders would prefer Volodymyr Zelenskyy to agree to a peace settlement sooner rather than later.

The amazing fact of this war is that the Ukrainians saved Europe and the US just as NATO is helping Ukraine. Kiev’s steadfast resistance at great human cost has given the West a chance to halt the advance of Russian imperialism before it threatens NATO. The war exposed the Russian military as weaker than our intelligence agencies and the Pentagon thought. Contrary to all expectations, Ukraine could win.

Most surprisingly, the Ukrainian resistance has renewed a sense among Westerners that their countries stand for something more than welfare state convenience and individual indulgence. Ukrainians show that freedom comes at an often terrifying price.

Yet Western leaders still seem concerned about what would happen if Ukraine wins. That’s especially true of the Biden administration, which has made many good moves — but usually under pressure from Congress or Europe, and usually late. President Biden is rightly outraged by Putin’s brutality and calling him a war criminal, but he still seems scared of doing what it takes to defeat him.

At the White House on Tuesday, national security adviser Jake Sullivan was asked twice whether he and the president think Ukraine could win. The best he could offer was an assurance that Russia “will never be able to subjugate the Ukrainian people” and an exemplary commitment to Kiev’s sovereignty.

This cautious engagement extends to the slow pace of arms shipments. Slovakia has offered its S-300 missile defense system, which Ukraine says it needs, but it’s not clear when it will be delivered. On March 16, news broke that the US would finally be supplying switchblade loitering drones to counter an invasion that began on February 24. But on Monday, the Pentagon acknowledged that the switchblades were still not on the ground in Ukraine. The US should empty and replenish its weapons stockpiles in an emergency.

The same goes for helping western Europe deal with 3.5 million refugees and try to wean itself from Russian oil and gas. The US can take many more Ukrainians for temporary protected status.

Europeans now understand the mistake they made on energy and are changing their policies. But Mr. Biden refuses to put aside his obsession with climate change to address this world-changing crisis. Its regulators are still aiming to slowly shut down oil and gas production in the US. He will have little credibility in making sacrifices in Germans and Italians unless he helps them meet their energy needs now and into next winter.

It is hard to resist the conclusion that Mr. Putin has managed to intimidate Mr. Biden and other leaders with his threats of nuclear escalation. These concerns may justify the decision not to help Ukraine with a NATO no-fly zone that could force US planes to attack Russian radars and missile defense systems on Russian territory.

But it shouldn’t be an excuse to do anything but help Ukrainians defeat Mr Putin. If the nuclear threat works now to stop NATO support, the Russian will use it against NATO proper in the future. The essence of deterrence is credibility, which means convincing Mr. Putin that his use of nuclear weapons will meet with the needed response in Ukraine. The same applies to chemical or biological weapons.

We fear that Mr. Biden, and perhaps other NATO leaders, will lean on Mr. Zelensky to agree to let Ukraine become another “frozen conflict” like Georgia. Russia could keep the Ukrainian territory it occupied in exchange for no more bombing. Mr. Putin would be able to consolidate and upgrade control over these areas to threaten Ukraine again in the future. NATO leaders could allay that fear if they said publicly that sanctions against Russia will not be lifted until its troops leave Ukraine.

We have already said that a country goes to war, hot or cold, with whatever president it has. We want Mr. Biden to lead and succeed in Ukraine. But he must lead more decisively – and not only with the aim of a military stalemate, but also of Ukrainian victory.

Which Next Gen Episode Aired This Weekend 32 Years Ago? 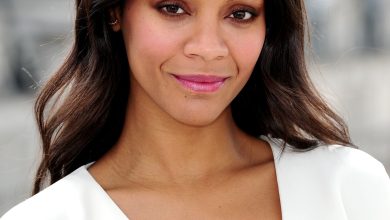