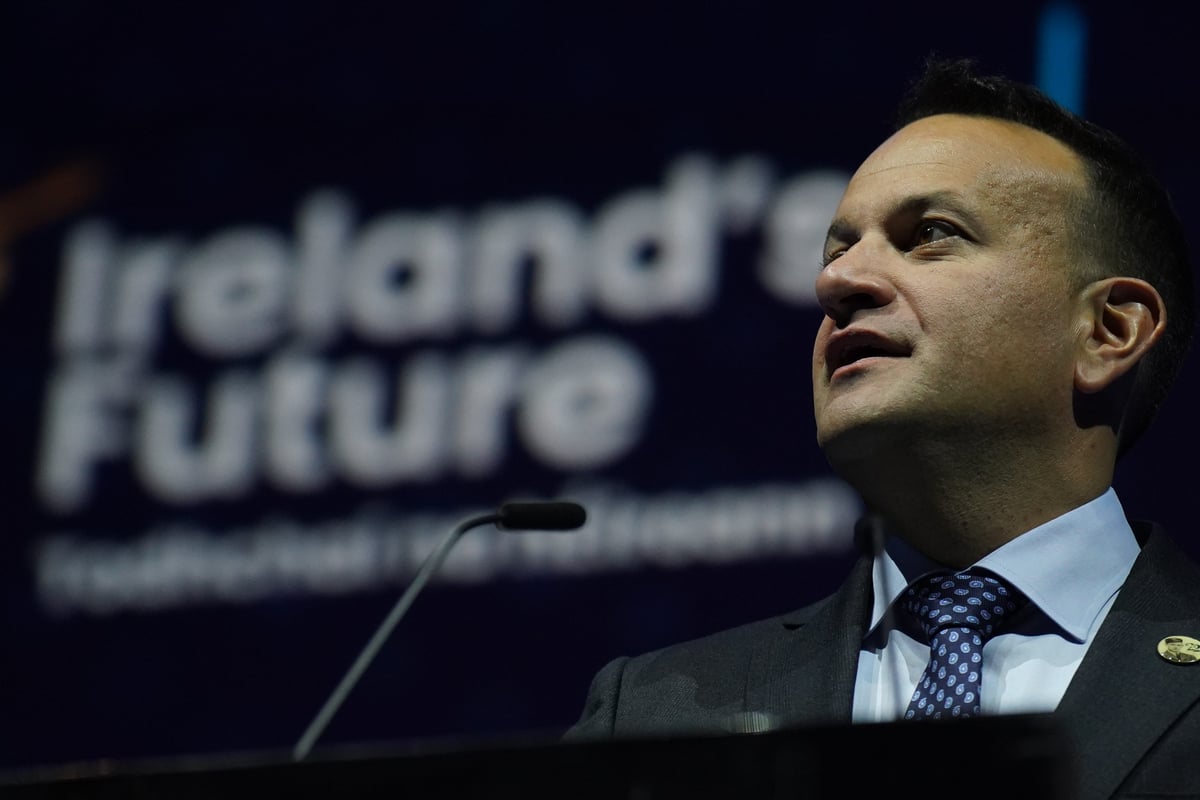 A united Ireland will only succeed if its creation is backed by convincing majorities in the north and south of the island, said Leo Varadkar.

The Deputy Prime Minister of the Republic of Ireland has said that while “50% plus one” would be enough “on paper and in law” to win reunification referendums, he said such a margin was in fact not a “recipe for success”.

Speaking at an Irish unity rally in Dublin organized by Ireland’s Future, the Fine Gael leader warned that those who support the “dream” of a united Ireland must ensure that constitutional amendment is not seen by others as ” Nightmare” is viewed.

The Tanaiste said unionists’ aspirations could not be “silenced” or “wished away” as he warned that unification could only be achieved by consensus.

He said compromises would be needed when it came to charting the shape of a united Ireland and suggested that a decentralized parliament at Stormont could be retained in a new state, with Northern Ireland also having a separate police service, health service and a have education system. He said the existing north-south and east-west political bodies could also continue.

Some listeners in the 3Arena booed as Mr Varadkar outlined the structures he believed could be preserved in the event of a reunion.

Mr Varadkar, who will become Taoiseach again in December, said the “cross-community commitment” both within Northern Ireland and between North and South is currently “a far cry” from what would be needed to build a “new Ireland”.

The Fine Gael TD, who has made it clear he doesn’t think the conditions for a border consultation are right at this time, said there was a risk of putting too much focus on referendums when the priority should be trying to get that Increase engagement and build trust.

“A common, united and new Ireland is something that many Irish people have dreamed of for many years,” he told the rally.

“It’s a noble and legitimate claim that I share.

“It’s an idea that has made great strides in a very short period of time. Growing up in the 1980s, an event like this would have been criticized as destructive and divisive if it had happened at all.

“Decades of violence have sullied the dream of unification.

“In the 1990s, peace changed everything. Old hatred has been replaced by a new hope. We have gained the freedom to dream again. We dared to ask what the next stepping stone in our national history was.

“But with that freedom comes a challenge, a responsibility for all of us to make sure our dreams don’t become someone else’s nightmare. A challenge to avoid repeating the mistakes of the past. Imposing our will on the unwilling.”

Mr Varadkar said a recurring theme in Irish history was the failure to find a “solution that works for everyone”.

“We know what that led to: a story of resentment, violence, bitterness and betrayal. A legacy of pain. A Divided Ireland. A divided people,” he said.

“On this island there are conflicting dreams that cannot be ignored, cannot be wished away, cannot be silenced. These approaches have failed in the past and will fail now and in the future.

“Our own long history has taught us that a forced dream is not a dream at all.

“Successful are respect for other opinions, the willingness to work for the common good and belief in consensus. us together

“We must recognize that cross-community engagement in Northern Ireland and between North and South is nowhere near where it needs to be if we are to build this new and united Ireland.

“There is a clear danger that we will focus too much on border polling and future constitutional models and not enough on how to increase engagement, build trust and create the conditions for a convincing majority for change, which is what we want

“Therefore we need to work with unionists that we have here today and with this growing group who identify as more Northern Irish than British or Irish and indeed those who identify as both, that middle ground. We must also recognize the right of northern nationalists to equal recognition in this debate.

“We cannot build our future on narrow majorities or the wishes of a single community. For these reasons, I believe our goal should be to get as large a majority as possible in future polls in both jurisdictions.

“50% plus one may be enough on paper and in law, and I don’t dispute that for a moment, but such a narrow majority is not a recipe for success.

“Our only hope depends on coming up with a proposal – North and South – capable of winning democratic approval, and that requires compromises.”

Mr Varadkar said there was a need to develop “imaginative” models of what a united Ireland might look like. He suggested that this could potentially result in Northern Ireland retaining a devolved parliament, courts, education system, police and health service.

“Some might see that as no change, but the biggest change would be the most important – the sovereign government would be Ireland,” he added.

“The right to be Irish, British or both and to be accepted as such would survive as enshrined in the Good Friday Agreement. In the main, symbols would not change without agreement.

“It should not be the triumph of one tribe over the other. Because otherwise we will all suffer and it will not succeed.”

Finally, Mr Varadkar stressed the need to include trade union voices in future talks on reunification.

“I believe we need more events like this and we need to fill them with more voices that challenge our beliefs and force us to face uncomfortable realities,” he said.

“And we must welcome those views as much as those who tell us what we want to hear.

“That will send out a message – on this island and around the world – that we are genuinely interested in what can be achieved together.

“I think we can do that in the years to come. We can turn it into a shared dream for a shared island.”

When To Hire An Injury Lawyer For Construction Injuries