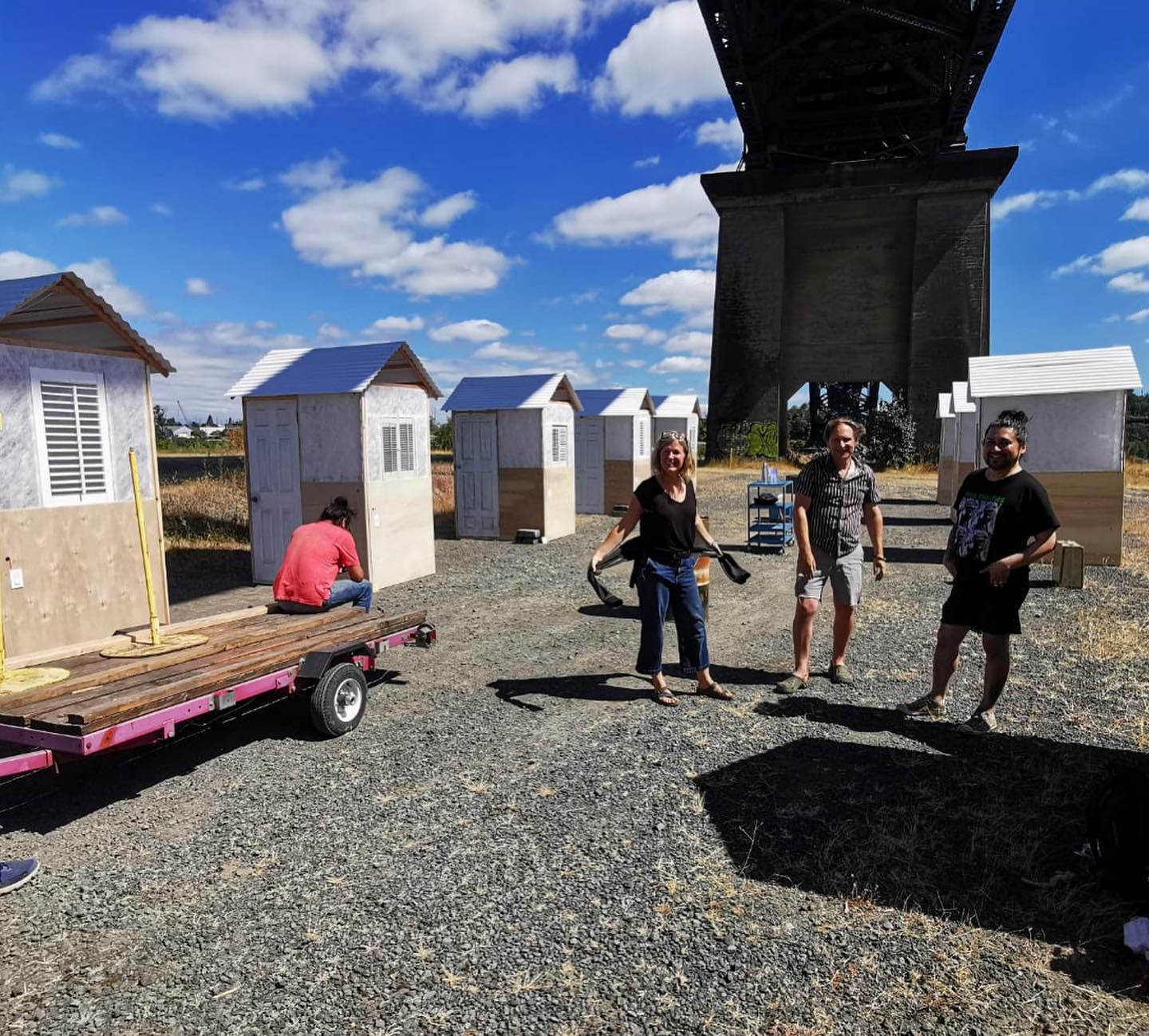 Hand2Mouth may be a small theater company, but it’s one of Portland’s premier acting institutions. His virtual epic 2021 distances was the most poignant portrait of life in quarantine to emerge from the PDX theater scene – and it’s easy to imagine how wonderful 2017 was Psychic Utopia (about the history of communities in Oregon), which has been talked about for decades. For his latest venture hometown, Hand2Mouth collaborates with France’s Begat Theater and NYC’s WaxFactory to take audiences on a time-shifted journey through a shelter village. With a brilliant creative team at the helm, the production promises to do what Hand2Mouth does best: amaze. Zidell Yards, 3121 S Moody Ave., 503-217-4202, hand2mouththeatre.org. 7pm Thursday-Sunday, through September 18th. $5-$25.

Rock & Roll Hall of Famer Jackson Browne’s early lyrics capture emotions that are difficult to express, exemplified by “Late for the Sky” (1974) and “Here Come These Tears Again” (1976). His later work has turned outward – often expressing dismay at the state of the environment and social injustice. Browne’s upcoming Edgefield concert is sure to feature a solid mix of both iterations of his music, performed in the venue’s beautiful outdoor amphitheater and operated by McMenamins’ well-oiled events machine. McMenamin’s Edgefield Amphitheater, 2126 SW Halsey St., Troutdale, 503-669-8610, mcmenamins.com. 6:30 p.m. Wednesday 14 September. $50.50-$145.50.

CLOCK: Clown Down 2: Clown out of the water

A stranded drag clown, a seagull with irritable bowel syndrome, the last surviving polar bear in the world, Liberace, Liza Minnelli and all sorts of puppets walk in Clown Down 2: Clown out of the water. It all sounds like something straight out of a Kurt Vonnegut novel, but as part of PICA’s internationally acclaimed Time-Based Art Festival, the theatrical performance promises to be hyper-relevant. If you’re into absurd commentary, the environment, or unhappy seagulls, be sure to add the work of acclaimed Portland drag artist Anthony Hudson/Carla Rossi to your calendar. Portland Institute for Contemporary Art Annex, 15 NE Hancock St., 503-242-1419, risk-reward.org. 6 p.m. Thursday-Friday, 2 p.m. Saturday-Sunday, 15-18 Sept $10-$25.

The Portland Art Museum and Center for an Untold Tomorrow, collectively known as PAM CUT, are inviting film buffs to ditch (at least temporarily) the preferences of 8mm over digital and attend the Doc-O-Rama film festival instead. The five selections from the event show boldness in the truest sense of the word, by Queen of the workhorse‘s story of a drag artist struggling to build a meaningful career in the entertainment industry aggie‘s story of a wealthy art investor who uses her wealth to fight for justice. The festival ends with a performance by Moontime Daydreamwhich features a live musical performance honoring Ziggy Stardust (aka David Bowie). Whitsell Auditorium, 1219 SW Park Ave., 503-221-1156, pamcut.org. Show times vary from Friday to Saturday 16th to 17th September and Friday 23rd to 30th September. $12 for individual screenings, $55 for a festival pass.

CLOCK: You are wrong live

Sarah Marshall has made it her mission to burst people’s soap bubbles with her podcast You are wrong. Her modus operandi is to shatter long-held beliefs and collective mistaken memories by shedding light on commonly misunderstood issues like the Donner Party, Go ask Alice and Tom Cruise (specifically, an incident involving a couch). Marshall teams up with Chelsey Weber-Smith of the American hysteria Podcast for an evening of perspective-boosting revelations to the music of Carolyn Kendrick. McMenamin’s Mission Theater, 1624 NW Glisan St., 503-223-4527, mcmenamins.com. Friday, September 16, 8 p.m. $30 in advance, $35 on the day of the show.

If you encounter clowns with mixed feelings, it might be time for some exposure therapy at the CoHo Clown Festival. The event features performances by clowns of all kinds: extremely tall clowns, clowns with rubber chickens, clowns who bring a sex-positive ally, French clowns, and everything in between. Attend the Opening Follies: Clown Dance Ritual performance, immerse yourself in one or two of the various performances, or grab a CoHo Clown Festival FastPass to enjoy all events at a discounted rate. CoHo Theater, 2257 NW Raleigh St., 503-220-2646, cohoproductions.org. Various times Thursday-Sunday, Sept. 16-Oct. 9. Single show tickets pay what you can, $50-$200 for a FastPass.

Portland Opera to Go takes the operatic experience to field trips to local schools and is hosting a presentation this year Beatrice by Dave Ragland and librettist Mary McCallum. The opera explores the story of Beatrice Morrow Cannady, co-editor of The lawyer– the first African American newspaper in Oregon. For those of us who aren’t in middle school, there are only two ways to experience the performance POGO will be sharing with kids across the state. Hampton Opera Center, 211 SE Caruthers St., 503-241-1407, portlandopera.org. 7:30 p.m. Saturday, 2 p.m. Sunday, 17-18 September. $35.

Corn is amazingly versatile: It’s similar to a grain, yet counts as a vegetable; it’s sweet but works amazingly well in savory dishes; and it’s one of the few foods that pops. There are so many reasons to celebrate corn that the City of Forest Grove is doing just that. Head to Pacific University in the heart of downtown FG for some roasted, toasted, and toasted corn along with live music, family-friendly activities, and a scenic setting. Pacific University, 2043 College Way, Waldhain, 503-357-3006, forestgrove-or.gov. 11am-5pm Saturday 17 September. For free.

How does business performance work in BitLife?

The Queen Lies in State: What You Need to Know

In Southeast Asia, politics has increasingly become a family relationship