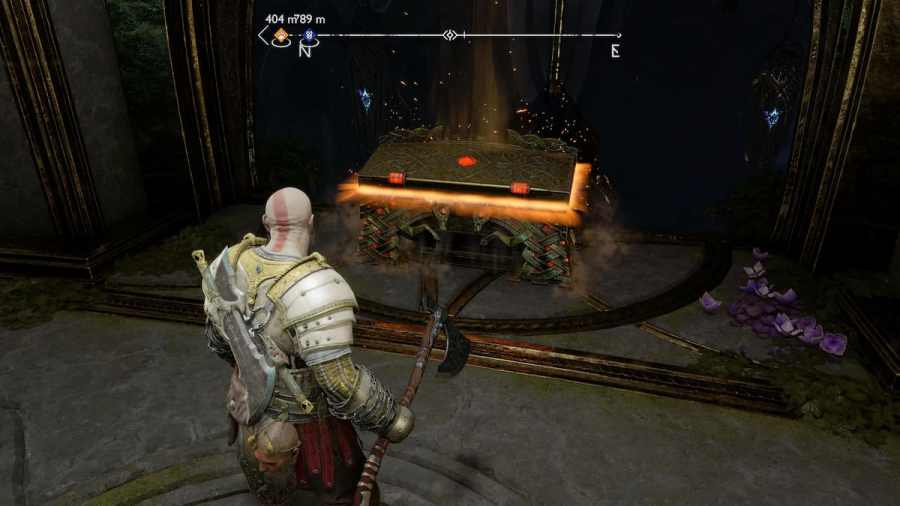 God of War Ragnarok is full of tricky puzzles for players to solve and tricky collectibles for them to find. One of the first really difficult areas that will cause some problems for completers is the Temple of Light. There is three legendary chests, a nornir chestand two Oden’s ravens At this place. It is important to distinguish that this guide is for the temple of light and not Alfheim as a whole.

There are three legendary chests in the Temple of Light that players can find.

The first legendary chest is off the main path. It can be found just after the first cracks in the Tyr Wall. The image above shows players where to jump down as they can easily be missed. Once on the lower level, players should go forward and turn left to go to an even lower level where the chest is in a small alcove.

The second legendary chest is located next to the main path. It’s important to note that in the image above, the door is blocked in front of Kratos when you first approach it. This will let players know they are in the right place.

Once Kratos jumps down to the lower level, turn him over and go through the door shown above. A short puzzle has to be solved and then the chest can be opened.

The third legendary chest can be found shortly after the second as players head down a bridge-like path. The location can be easily missed as it is off the route. To get to the chest from here, players will need to slide down the wall in front of Kratos and then jump off the wall until they reach the platform shown on the left side of the image above. After solving a short puzzle, they can open the chest.

Related: How to get the red chest behind the gate in the Lower Wildwoods in God of War Ragnarok

Where to find Odin’s ravens in the Temple of Light in God of War Ragnarok?

There are a total of two Odin’s Ravens for players to hunt in the Temple of Light.

The First Raven of Odin is on the same lower level where players will find Legendary Chest #1. This raven can be found in a corridor to the right as players jump down into the area.

The second Odin’s raven is on the upper levels of the temple in a room with a massive beam of light shooting up from the center. In this room, when Atreus plays through the main story, he remarks, “Brighter than I remember,” and at that point players will know they’re in the right place.

Opening the Nornir Chest in the Temple of Light can be very confusing at first, and even when players discover the key, that’s when the real challenges begin. The chest is timed, so players need to know the right way to open the chest. Read our guide on how to do this how to open nornir chest in temple of light!

https://progameguides.com/god-of-war/where-to-find-all-legendary-chests-in-the-temple-of-light-in-god-of-war-ragnarok/ Where to find all legendary chests in the Temple of Light in God of War Ragnarok

Michael J. Fox and Christopher Lloyd are teaming up for the Back To The Future merch line