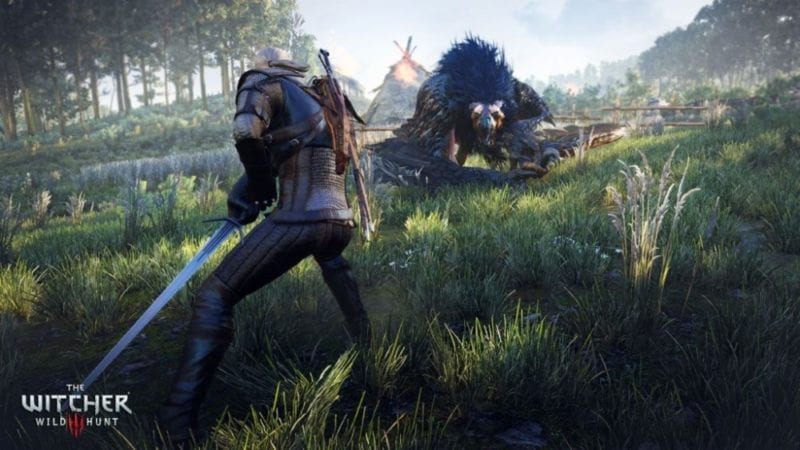 The heart of open world immersion is the gameplay behind it, and these two games both pull off that with skill and skill. Both have different emphases on gameplay and feel, but both focus on the feel you want the player to identify with. Whether it’s in combat, in the way the world interacts with the player, or something as simple as riding a horse across the open road, both games feel exceptional.

Red Dead Redemption 2 gameplay is all about weight and realism. Whether it’s the effect of a punch in a drunken brawl or a bullet smashing through a wooden cart and whizzing past your head, it all feels like a tangible interaction. The game focuses less on Arthur Morgan’s skills as a fighter or gunslinger and more on the luck of the draw. Sometimes you get jumped into the street by a rival gang and end up dead; Other times, you finish them off but find yourself close to death, or worse, finding yourself having to leave your horse dead by the side of the road. Everything in the world feels real and dangerous to Arthur Morgan, and so does the player.

Traversal in Red Dead Redemption 2 is largely the same. Arthur is a heavy character who needs time to move in a certain direction. It can be frustrating because it feels like he just won’t respond to input, but it has more to do with giving the character realism in his movements than just poor control. Likewise, Arthur’s horse is not a race car that can turn on a dime. It takes time to get the horse moving, both in terms of speed and direction. It may be more realistic, but the game doesn’t feel particularly playful in any facet of gameplay.

The Witcher 3 feels particularly different in comparison. Geralt moves quickly in combat, making it feel less clumsy and dangerous, and more like he can deftly take down any typical opponent in front of him. Battles with some of the contract monsters require preparation and can prove dangerous, but with moment-to-moment gameplay, the player should have little to no qualms with most of the monsters and men they encounter in the world. The combat feels robust and every button press has a direct and clear result.

Traversal is also similar. The player should have no problem getting Geralt to move around the world, whether on foot or on his trusty steed, Roach. You’re just a button press or flick of a stick away to move Geralt or Roach the way you want, and the game itself doesn’t care that it feels real. Moving faster on horseback or on foot is just a matter of holding a button and managing a stamina gauge. The gameplay of The Witcher 3 benefits from the reduced focus on realism, making the controls feel responsive in almost every situation a player might encounter.

Considering the time these two projects have taken to release and the depth of the world surrounding the gameplay and story, it should come as no surprise that both excel in terms of graphics. The lighting system and dynamic weather systems in both games give the feeling of a dynamic world that is alive, be it in the details of the skybox or the quality of the textures on a dirt road.

Both games place an emphasis on world building, which aligns with both the environment and character interactions, which range from inconsequential NPCs roaming a town to characters relevant to the story.

Where Red Dead Redemption 2 shines the most is in its use of face and motion capture technology and in its lighting system. Every movement in the game feels real, and there’s very little to no spooky valley when it comes to facial expressions (thanks, LA Noire) or even simpler movements like unsnapping a gun from your horse or sipping a cup of coffee. The animation is so skillfully put together that each character, regardless of their importance to the story, feels like real people, properly responding to the world around them. Facial expressions are subtle and believable.

Red Dead Redemption 2’s lighting system definitely made the biggest impression on me; there is indeed a dynamic level of moonlight. It’s something that’s been in games before, but this is the first time the night feels truly alive. It captures exactly what the night would be like in Old West times, before the extreme light pollution we experience today.

Staying with the theme of environmental fidelity, the in-game train distance is even more impressive. You can look down seemingly for miles across valleys and mountains and make out distinct features on the land ahead.

The Witcher 3 also proves to be a very impressive RPG visually, both in terms of environment and character texturing. The dynamic day and night cycles are beautiful and each have their own unique features including a great lighting system; The setting and range of moves are almost as impressive as Red Dead 2, which is incredible for a game that’s more than three years old. It’s easy to look ahead and find unique markers to move to without marking anything on your map.

Where The Witcher 3 falters is in its moment-to-moment animation. It suffers from the problem that most RPGs have in this regard. Body movements in dialogue scenes seem unnatural, with odd hand movements or head tilts, and facial expressions that don’t veer very far between angry, sad, or happy. Characters do not act like real people, only as NPCs serving the needs of the player character.

The overall graphical fidelity of The Witcher 3 is at an incredibly high level considering its age. When you start the game you can immediately observe the dynamic movement of the grass in open fields or the attention to detail that is put into the texturing. However, comparing the dynamics of NPC interactions and the quality of design along with the detail in character animations gives Red Dead Redemption 2 the edge.

Both games have malleable main characters to some extent. Arthur Morgan is undoubtedly a bad man who made bad decisions in his past, but how bad he is and how much he’s learned from those decisions is up to the players and how they play him.

Similarly, Geralt is an anti-hero, while not necessarily as bad as Arthur in general, you can easily push him in the direction of being at that level. Both games tell the stories of flawed people trying their best in situations beyond their capabilities.

Red Dead Redemption 2 tells the story of outlaws who were pushed out of life in the Wild West in favor of a more uniform life controlled by laws and law enforcement groups. The gang’s way of life is being destroyed and a compelling story is told about coming to terms with a world that no longer has room for the likes of him and the other members of Dutch’s gang.

Arthur Morgan is aware of this and has largely come to terms with the fact that the choices he’s made in his life have led him to these moments, but he chooses to continue doing so, either to protect those around him from that realization protect, or to do so protect from having to face up to one’s mistakes. It’s a nuanced story that’s easy to understand and aided by the many side-missions and subplots set in the world around it.

The Witcher 3 tells a story of fatherhood (a popular theme among games lately). Geralt is on the hunt for his adopted daughter Ciri to protect her from her supposed fate. It is an epic quest that spans many different regions and environments in the world of The Witcher universe. Here is a captivating story about caring for and taking in someone who is yours, regardless of blood relationship.

However, the essence of this story is often obscured by the world around the game; There’s just too much to do that has nothing to do with finding Ciri. It causes the player to neglect the main story and sometimes lose the meaning of what they are doing. It’s a strong story when you’re following it, but it quickly loses steam when you embark on one of the many side quests or jump into one of the expansions the game now has.

Red Dead Redemption 2 manages to strike a balance between its side missions and main stories, as the story is about the changing state of the world itself. At the micro level, it focuses on Dutch’s gang, but everything you see in the side missions observing and learning easily applies to the larger story of what is happening with the Wild West at this time. You just can’t say the same about The Witcher 3. It can feel more like a season of a Shippuden anime with a bunch of fill-in episodes, while Red Dead Redemption 2 feels more like Band of Brothers, where the story and all the subplots all lead in one direction with a common thread between them everyone.

For these reasons, Red Dead Redemption 2 manages to edge out The Witcher 3 story-wise.

The Witcher 3 is one of the best open-world experiences out there in gaming, and it’s clearly one of the greatest open-world RPGs of all time. That’s why it’s such a great achievement for Rockstar to have delivered on a level that it seems easy to say that they’ve created the best open world experience available in video games. Rockstar Games has managed to create something very special by creating an open-world setting that doubles as a supporting character for Red Dead Redemption 2’s story.

That’s not to say that Red Dead Redemption 2 will be the superior open-world game for everyone. There are many people who have expressed concerns about the pace of gameplay and the greater focus on realism over convenience. It’s by no means a perfect video game, but it’s not meant to be either.

A game like Red Dead Redemption 2 offers you an opportunity to experience something. Rockstar games are dedicated to creating the ultimate experience of a romanticized time in American history from a unique perspective. the perspective comes from those whose way of life becomes a relic of the past.

Red Dead Redemption 2 is perhaps the most risky, big-budget AAA title video games have seen in a long time. Those risks have now paid off in the form of dividends, and that’s probably one of the main reasons it’s received perfect ratings from so many outlets, including our own.

https://twinfinite.net/2022/12/red-dead-redemption-2-vs-the-witcher-3/ Which is the better open world game?

Peta Murgatroyd reveals who is "rooted" to her and Maks Chmerkovskiy

Mario + Rabbids wants to be a gateway to other tactical games

What does Gaius Julius Caesar’s diary say in Expeditions: Rome?