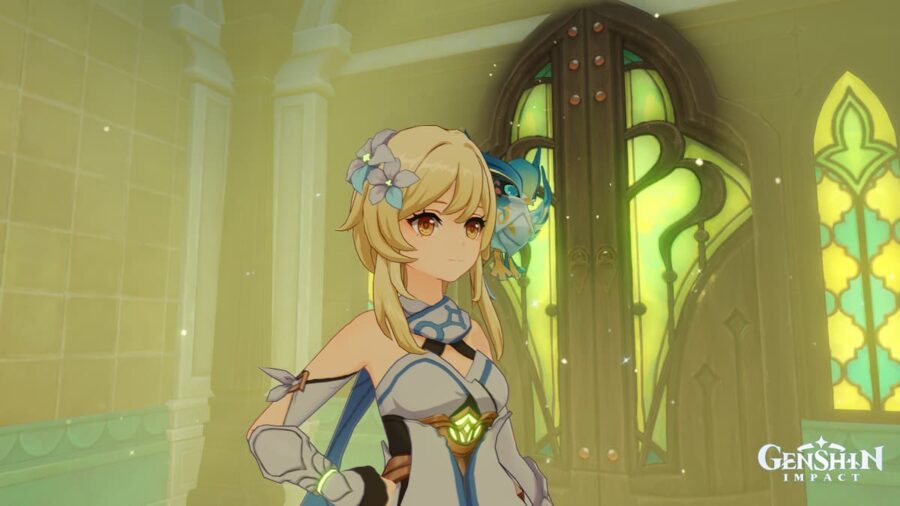 Since you are prompted to name your main character in Genshin Impact, you may not know that the two main characters have canon names. Lumine, the female twin, or Aether, the male twin, can become your traveler on your journey through Teyvat. This decision also makes the other twin a slight antagonist throughout the story. So far, HoYoverse hasn’t stated that either twin is the canonical main character, although some are wondering if that will change when the highly-anticipated anime project is released in collaboration with ufotable.

Who is Lumine from Genshin Impact?

Lumine is the female Traveler twin. Her name could be derived from the Latin word lumos, means light. She wears an Inteyvat, the national flower of Khaenri’ah, in her hair. The flower is characterized by its five-petal shape, with four petals being white and a fifth being blue. Otherwise she wears a blue and white dress with diamond motifs.

Related: Who is Sandrone (puppet) in Genshin Impact?

Who is Aether from Genshin Impact?

Aether is the male traveling twin. Its name probably derives from the Greek god Aether, considered the god of light or the bright upper sky. He wears a darker outfit than his sister, primarily brown, which is cut off at his waist. It also features diamond motifs.

What is the backstory of The Traveler in Genshin Impact?

Whichever twin you choose, their backstory goes something like this. The twins traveled from world to world in the universe for unknown reasons. They were stopped in Teyvat by the Sustainer of Heavenly Principles, who refused to allow them to leave this world. Together they fought against this god, but lost. The twins were separated. The one chosen as the main character awakens some time later. They begin a journey around Teyvat, enlisting the help of the seven Archons along the way to reunite with their twin, who may have encountered (and even sided with) dark Abyssal forces while separated from his sibling was.

Best passives to choose from in New World

35 Great Gifts for Pets That Actually Make YOUR Life Easier