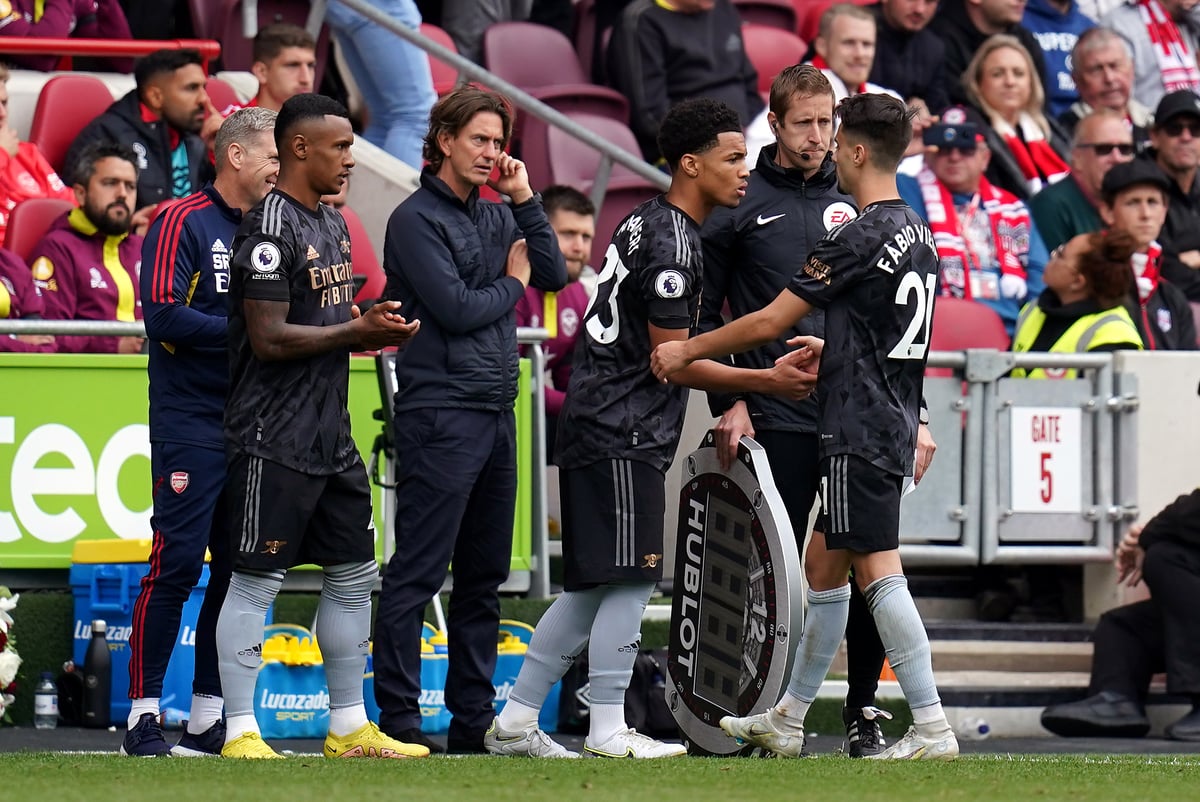 Arsenal midfielder Ethan Nwaneri is the youngest player to feature in the Premier League.

He came on as a substitute in his side’s 3-0 win against Brentford aged 15 years and 181 days.

Here, the PA news agency examines the other youngest players to be seen in England’s top flight since 1992.

The midfielder came off the bench during Fulham’s 1-0 defeat at Wolves in May 2019. He played briefly again for the Cottagers this season before moving to Liverpool, where he has played 14 times in the top flight.

The left-back became the youngest-ever player in the Premier League when he replaced Moritz Voltz in Fulham’s 3-1 defeat at Middlesbrough in May 2007. He completed 29 games for the Cottagers. Since leaving for good in 2015 he has played for a number of clubs in the English lower leagues and Denmark and currently plays for Gosport Borough. A former England Under-21 international, he now represents Guyana.

The midfielder, now 19, made his top-flight debut for Albion as a late substitute in the 3-2 home defeat by Wigan in May 2013. He joined Chelsea this summer but made only one appearance for the Blues first-team. After a series of loan spells away from Stamford Bridge, he joined Preston in 2021 but was sacked this year following an injury-related campaign and is currently without a club.

At the time, the winger became the youngest player in the Premier League when he came off the bench in a 2-1 defeat for Leeds at Tottenham in August 2003. Two years later he moved to Spurs and won 21 caps for England. After 10 years at White Hart Lane, Lennon joined Everton in 2015. He has since played twice at Burnley, both sides of a year in Turkey but is currently a free agent.

Baxter made his Everton debut as a 78th-minute substitute in a 3-2 home loss to Blackburn in 2008. He made 13 substitute appearances and two starts before leaving for Oldham in 2012. In July 2015, he was suspended by the Football Association for failing an out-of-competition drug test at Sheffield United, who then suspended him on an unspecified reason in 2016. He returned to Everton and then Oldham before signing for Plymouth in 2019. After a year in America, he retired in 2021 at the age of 29.

Who suffers most from inflation?